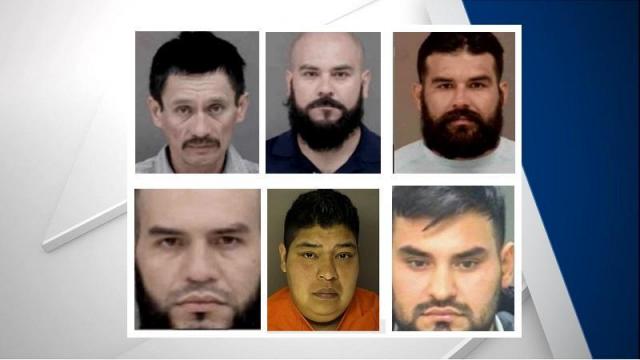 Mecklenburg County, N.C. — Six illegal immigrants were arrested in February for their believed connection to a drug investigation in Charlotte involving a high-level Mexican drug cartel member, according to U.S. District Court documents.

According to the U.S. District Court, the incidents occurred in Mecklenburg and Iredell counties beginning in 2013.

An investigation into the drug activity started in July 2018 with a tip from a confidential source, according to the report.

Starting in July 2018, the tipster worked undercover with investigators to arrange and conduct five separate methamphetamine transactions involving the suspects.

Drugs were purchased from a Charlotte apartment in August 2018 and a Statesville, North Carolina, home in September, according to the document. Those staged transactions, among others, were used to arrest the six men.

Oscar and Regulo Rangel-Gutierrez were being held in Mecklenburg County, and Francisco Garcia-Martinez was booked into the J. Reuben Long Detention Center in Horry County, SC, according to court documents.

Arrest information on the others was not immediately available.