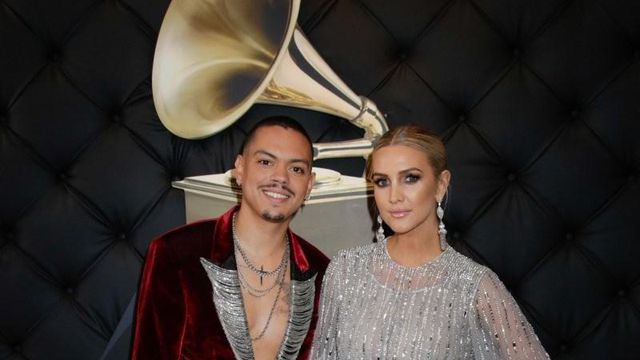 CNN — Ashlee Simpson announced the arrival of her child, a son named Ziggy Blu, on her Instagram account.

The image posted on Saturday shows the singer's new bundle of joy snoozing away and the hands of his parents. Simpson and her husband Evan Ross both posted the photo online.

Her sister, Jessica Simpson, posted on Ross' image gushing over being an aunt again.

"Auntie Jess loves you Ziggy Blu! With my entire heart and being I will endlessly be by your side. You are beautifully and perfectly made precious boy," she said.

Simpson announced she was pregnant with her third child in April on Instagram where the couple shared the news along with her pregnancy test.

In May, she posted a cute video of her two other children, Jagger Snow and Bronx Mowgli, and Ross cutting a cake to reveal they were having a boy.

Ziggy Blu is Ross and Simpson's second child together. Bronx is the son of Simpson's first husband, Pete Wentz.