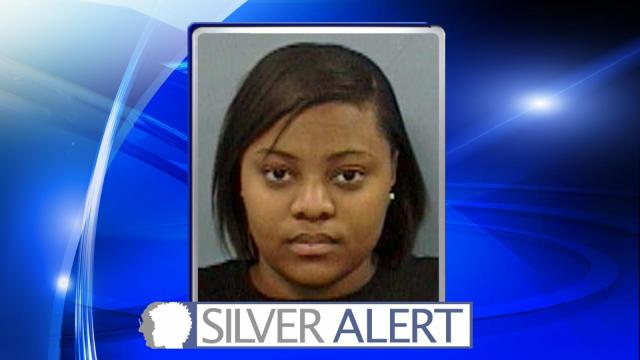 The Silver Alert for Ladaeshia Tiauana Fogg has been canceled.

A Silver Alert was issued Tuesday night for a missing 18-year-old Raleigh woman.

Authorities said Ladaeshia Tiauna Fogg, who is also known as Sasha, was last seen walking from the campus of Miller-Motte College at 3901 Capital Boulevard at 6:30 p.m. She may be suffering from a cognitive impairment, police said.

Fogg is described as being four feet tall and weighing 120 pounds with brown eyes and medium-length brown hair.

She was last seen wearing black Nike sneakers and scrubs that had pink or bright orange pants and a white top with a Winnie the Pooh print on it.