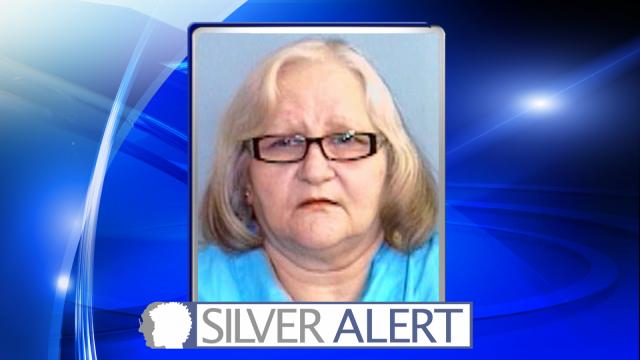 Roanoke Rapids, N.C. — Roanoke Rapids police were searching Saturday for a 64-year-old woman who is believed to be cognitively impaired.

The North Carolina Center for Missing Persons issued a Silver Alert for Vicki Brewer Wright late Friday after she went missing from a home in the 300 block of Premier Boulevard.

Wright is 5 feet 2 inches tall and about 230 pounds. She has shoulder-length grey hair and hazel eyes. When she disappeared, Wright was possible wearing a yellow shirt and blue jeans.

It's unclear where Wright may be headed, but she could be traveling in a silver 2002 Ford Taurus with North Carolina license tag DAA4219.