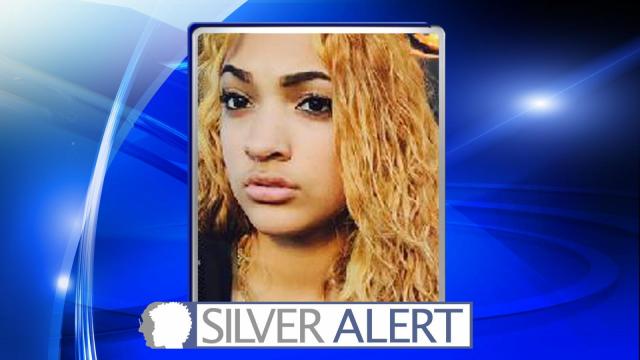 Cary, N.C. — A Silver Alert has been issued for a missing Cary teenager.

Corriana Rose Marie Tharrington, 15, was last seen at 131 Westview Cove lane and is believed to be suffering from a cognitive impairment.

She is described as being black, 5 feet four inches tall, and weighing 180 pounds. She has brown eyes and shoulder length blonde hair, authorities said.

She was last seen wearing a pink or white North Face brand jacket with blue jeans. Authorities believe she may be in the company of Jordan Damson Ceneus.