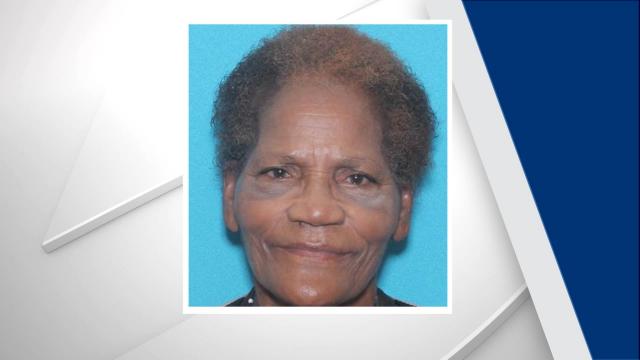 UPDATE: The Silver Alert issued for Hilda Raye Reels has been canceled. There was no indication of Reels' status or if she was found.

A Silver Alert has been issued by the N.C. Center for Missing Persons for a missing Rocky Mount woman.

Hilda Raye Reels was last seen at 106 NW Main St. in Rocky Mount. She is believed to be suffering from dementia or some other cognitive impairment.

Reels is 77, 5-foot-4 and 130 pounds with short brown hair and brown eyes. She was last seen wearing a red scarf, black plaid dress and white shoes. She may be heading to Beaufort County in a 2013 light blue Mazda with the license plate FKT-8771.