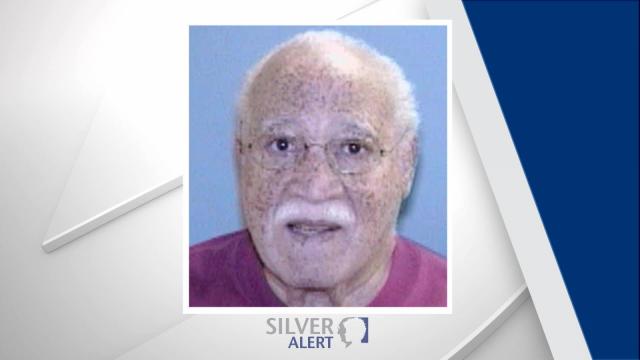 Raleigh, N.C. — UPDATE 9:15 a.m.: Authorities canceled a Silver Alert on Thursday for a 77-year-old man who went missing in Raleigh.

A Silver Alert was issued early Thursday morning after a 77-year-old man went missing in Raleigh.

Edward Laney McGee was last seen driving westbound on Ten Ten Road in the direction of Kildaire Farms in Cary. Authorities said McGee is believed to be suffering from dementia or some other cognitive impairment.

McGee is described as a black man who is 5 feet, 10 inches tall and weighs 225 pounds. He has short, gray hair and brown eyes. Officials said he was last seen wearing jeans, gray tennis shoes, a gray and black hooded sweatshirts and a light blue button down shirt.

Anyone with information about McGee should call R. Belshaw at the Wake County Sheriff's Office at 919-856-6900.