Siblings charged with assaulting St. Aug's student after RA used key to get into dorm room

Raleigh, N.C. — A brother and a sister have been arrested in connection with the assault of a St. Augustine's University student in her dorm room early Wednesday.

Ayinde Pope, 22, and Aziza Pope, 20, were both charged with first-degree burglary, first-degree kidnapping and assault resulting in serious bodily injury.

Wake County Assistant District Attorney Mark Stevens said in court Thursday that Ayinde Pope is a resident adviser at St. Aug's and used his pass key to get into a female student's room at about 1:30 a.m. Wednesday. Once inside, he, his sister and three other people beat the student, Stevens said.

Police said they haven't yet identified the other people involved in the attack, which left the student with a concussion, a black eye, and cuts. 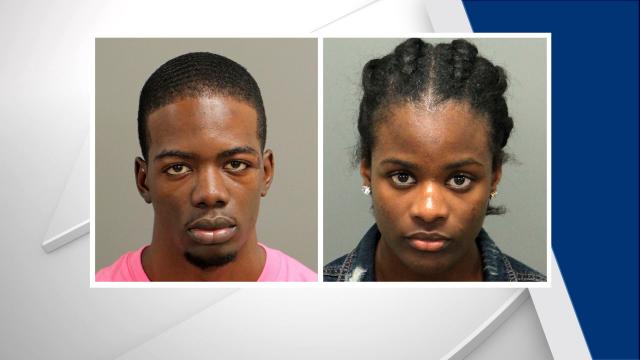 Stevens said the student's roommate was ushered out the room before the attack and that other students tried to help the victim but couldn't get into the room.

"The door was blocked, not allowing her to leave. There were people on the outside that were trying to get in," he said.

The student, who is from Garner, said the attack was retribution for her reporting a recent hazing incident that led to St. Aug's officials disciplining a sorority on campus.

She said she has been suspended from school in the wake of the incident. It's unclear whether any other students have been disciplined.

St. Aug's officials didn't respond to a request for comment.

The Popes, who are from New York, were both released from the Wake County jail after posting $75,000 bonds. They were ordered to have no direct or indirect contact with the student.

Their attorney, Jessie Jeffers, said the siblings have no criminal record and that the fight started after the beating victim hit Ayinde Pope in the head with a bottle a short time earlier.

Jeffers said the Popes then went to the student's dorm room to confront her. Ayinde Pope later had to get stitches to close a gash in his head, the attorney said.