Shoppers beware: Too many returns could leave you banned

Raleigh, N.C. — Some shoppers are being banned from making returns.

Whether it's pants that don't fit, or a household item you didn't really need, more and more retailers use an outside company to track and flag how many returns you make.

A Cary woman received a warning after a recent visit to Stein Mart in Raleigh.

"I went to return something, and they allowed me to return it," said Nancy Von Gunten. "But I got a 'warned' notice on my receipt that said I had excessive return activity."

"I can still shop," Von Gunten added. "I just can't return anything because my percentage of returns on this return activity report that I received is higher than they what they allow."

5 On Your Side found multiple retailers keep what's called a "Return Activity Report" on shoppers.

Those reports are generated by a company called The Retail Equation.

Whenever you make a return and show identification, they gather data, including return date, price and store address for each item.

Based on the ban, Von Gunten expected her Return Activity Report to be several pages long, but it was one page that listed four returns since January.

There are similar complaints online of returns being rejected and customers wondering why.

One banned and frustrated customer who frequently shops online said that "The nature of online clothing purchases is that you have to try on what you order, and then return what doesn't fit."

The Retail Equation spokeswoman Jennifer Toole said return red flags impact 1 percent of customers. She said information is not shared between retailers, so having too many returns at one place won't get you on the "banned" list of another participating retailer.

Toole said the company works with 34,000 stores, but would not specify which ones. 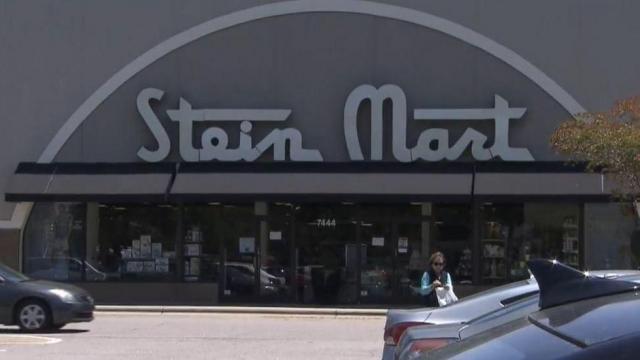 Amazon reportedly does its own tracking, and closes accounts of customers they determine make too many returns.

The goal of tracking and banning returns is to stop return fraud.

Von Gunten said she understands, but said that she always abides by return policies, and always has her receipt.

"I could certainly understand if I was bringing things back after the 60 days, without a receipt, no tags," she said. "I'm following the rules."

Tassef would not say how many returns are too many. She said the company uses "sophisticated algorithms to process each transaction, including purchase and return history, and are designed to assist retailers in limiting losses associated with excessive and fraudulent returns."

She also said that Stein Mart has no defined period of time for return privileges being suspended. She says their "algorithm is a dynamic system," that continuously updates, so that when a customer hits that return limit but makes more purchases, the ratio updates, ending the return ban.

Like many, Von Gunten often shops in a hurry on her lunch hour.

"I also buy some clothing for my mother-in-law, who is in a retirement community," Von Gunten said. “I let her try on what she needs or wants and then return what she doesn't."

Von Gunten and others who follow policies believe they should not be targeted.

"My closet is a testament to the fact that I have bought things," she said.

Because of her experience, Von Gunten said she won't shop at Stein Mart again.