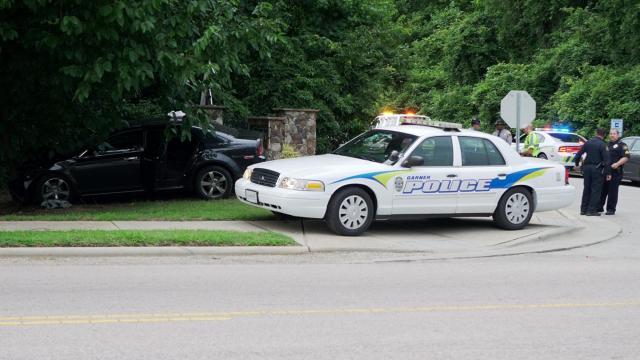 Garner, N.C. — Two women were detained and a man was being sought Thursday afternoon after a shoplifting call led to a police chase in Garner.

Garner police said officers responded to a shoplifting call at the Target at 2700 Timber Drive and trailed a suspect’s car for about two miles before it crashed into a small tree at Garner Road and Grove Creek Lane.

The car involved had been reported stolen in Raleigh, police said.

Authorities said the two women in the car had minor injuries and one matched the description of the woman seen shoplifting at the Target store.

The driver of the car jumped out and fled on foot following the crash. He is described as a black man between the ages of 17 and 18 who was wearing maroon shorts and a white tank top.