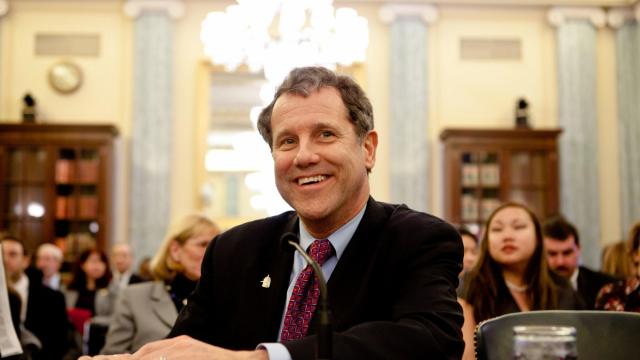 (CNN) — Journalist Connie Schultz, who is the wife of Ohio Sen. Sherrod Brown, said Sunday that the couple will "know within the next two months" whether or not he will launch a bid for the 2020 Democratic presidential nomination.

"When do you think there will be a decision?" Stelter asked.

"I think we're going to know within the next two months. I mean, we have to," Schultz replied, adding, "And I'm not trying to be coy. I wouldn't do that to a fellow journalist, first of all."

"Brian, it's incremental, at least in our case," Schultz continued. "How do I describe this? Think of any big decision you've made in life. Unless you're forced to make it instantly, it's something you have to get used to thinking about. I am lucky and burdened to be married to a man who will not do this if I don't wholeheartedly want to be a part of it all -- he just won't. So there it is."

Brown is one of more than a dozen potential candidates in the upcoming race for the Democratic nomination. In a recent CNN poll, Brown scored above average on the question of electability, finishing higher up on the poll than Massachusetts Sen. Elizabeth Warren, who announced nearly a week ago that she was forming a committee to explore a potential 2020 bid.

Schultz also told Stelter that a presidential bid can be like an "earthquake" for a family.

"Considering running for the presidency is an earthquake in a marriage -- in the best of marriages, and we have a great one," she said.

She also said that the upcoming election, in which President Donald Trump will face a challenger at the ballot box, will be a tough one.

"I'm much more concerned about the horrible, dirty tactics particularly of the Trump campaign," Schultz said, adding, "and 'worried' might not be the word. I just anticipate that."

"I mean, people keep telling us -- even people who are, you know, longtime activists in politics, who are trying to convince us to run, also warn us that this will be the ugliest race that perhaps we've seen in this country," Schultz said.