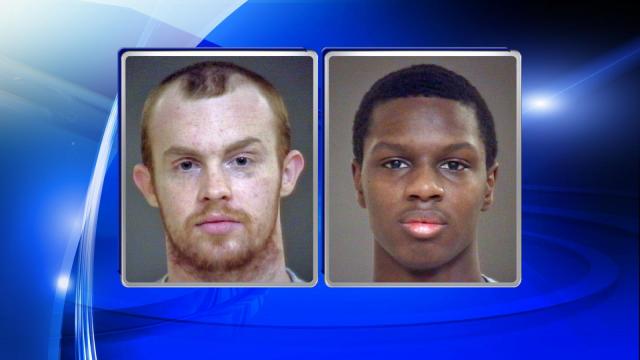 Lincolnton, N.C. — ﻿﻿﻿﻿﻿Police said a worn door lock is what allowed two inmates to escape from a transport van on Western Boulevard on Friday morning.﻿

Lincolnton police said Sunday that a door lock bar on a cage inside the Lincoln County Sheriff’s Officer prisoner transport van had become worn after years of opening and closing. This caused the lock to be prematurely released as officers were transporting inmates to several prisons around the Raleigh area.

“Evidently after travel on the interstate and road vibration, it caused the bar to vibrate into the unlock position,” said Lincoln County Sheriff, David Carpenter. “When that happened, the prisoners were able to reach through a slim opening and release the back door on the van from inside.”

Logan Long, 24, of Lincolnton and Demarcus Dixon, 19, of Charlotte, escaped from the van at around 10 a.m. Friday as it drove on Western Boulevard near Interstate 440 in Raleigh.

The two men managed to break free of some of their shackles, run about half a mile, and hide in a shed on Cheney Road before being captured by police 30 minutes later. Five other inmates remained in the van.

Authorities said that the unlock knob on the inside of the transport van’s side and rear doors have been disabled and will no longer work from inside.

“After review, new security measures have been taken and the bar will be secured with a new locking mechanism to prevent any breaches in security to the detention of inmates in the rear or side doors of our vans,” said Carpenter. ﻿