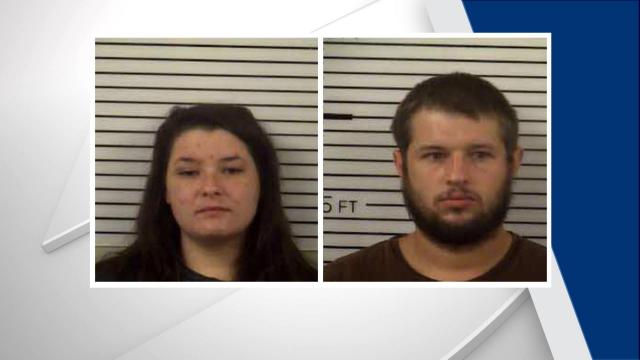 The Madison County Sheriff's Office said in a Facebook post that deputies responded to a Mars Hill home after a complaint of child neglect. When they arrived to search the home, authorities found the child in the cage.

Deputies got the infant out of the cage and took the child to get medical treatment. Detectives determined the infant was confined to the cage for 23 hours or more each day and only given minimal amounts of food.

Haley Trantham and Vincent Lee II were arrested and both charged with two counts of child abuse. Trantham was also charged with possession of marijuana.