Jacksonville, N.C. — Authorities found remains Saturday evening they believe to be 3-year-old Mariah Woods, according to the Onslow County Sheriff.

A positive confirmation of an identity will be made by the medical examiner's office.

In a press conference Saturday afternoon, FBI officials called the search for the child, who had been missing since Sunday, a "homicide investigation."

"I'm very saddened to report to you that we have recovered what we believe are the remains of little Mariah Wood," Miller said. "We were all hoping for a better outcome."

Search teams expanded the search for the missing Onslow County girl to neighboring Pender County half a day after authorities arrested her mother's boyfriend in connection to her disappearance.

"This investigation continues," he said. "We'll be waiting for the results of the medical examiner's report and making some decisions at that time."

The search for Mariah

Since the news of her death, a memorial with flowers and stuffed animals from community members has been started near her home, at 2404 Dawson Cabin Road in Jacksonville.

Angela Wiles, who started the memorial, said she felt compelled to start the memorial so that the community would focus on memorial instead of the suspect arrested for her death.

"It's about her," Wiles said. "Justice for her and bringing her back home."

Community members of all ages came to honor and memorialize the little girl. People gathered in prayer for hours Saturday night.

"It's impacting our children," community member Anna Rust said. "Something so tragic has impacted our own children that are still here with us. We just have to hold onto our kids and watch over them."

In a statement issued just before 2:30 a.m. on Saturday, the sheriff's office said due to evidence gathered in the search for Mariah led authorities to believe she is dead.

The Onslow County Sheriff’s Office and the FBI arrested 32-year-old Earl Kimrey late Friday and charged him with concealing a death, obstruction of justice, second-degree burglary, larceny and possession of stolen property. He was being held in the Onslow County Detention Center on a $1 million bond.

Investigators did not say what led them to suspect Kimrey or what evidence they have that Mariah is dead.

The arrest warrant issued for Kimrey said he obstructed justice by "removing Mariah Woods' body from the scene of her death and did conceal Mariah Woods' death and body, knowing that Mariah Woods died from unnatural causes. The defendant acted with deceit and intent to fraud."

State records show Kimrey had previously been charged with a series of lower-level crimes dating back to 2005. Kimrey's previous charges include larceny, assault and drunk and disorderly conduct, according to the state's online records.

Kimrey is a graduate of Orange High School in Hillsborough. 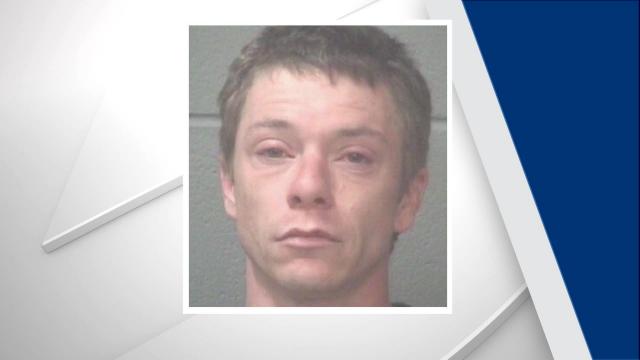 Mariah's mother told the Onslow County Sheriff's Office that she last saw her daughter at the home they shared with Kimrey on Sunday night when she put her to bed.

She called the sheriff's office around 6 a.m. Monday to report her missing, and an Amber Alert was issued that day.

Since then, professional investigators and volunteers have fanned out across the woods near her home, neighbors have been asked to search their property and a dive team has searched a portion of Southwest Creek under U.S. Highway 17.

Miller would not say why these two sites are of special interest, but says the whole tone of the case has tragically changed.

On Thursday, the FBI said "items of interest" were taken to Marine Corps Base Quantico, outside Washington, D.C., for testing.

In an update to the media Friday afternoon, Miller said that he had a "long conversation" with one of Mariah's family members, and added that "they are cooperating."

Mariah's parents are divorced, and her father, Alex Woods, said that while his daughter had been living with her mother, his week had been "like hell, like a nightmare."

Hundreds of volunteers joined the search Friday to look for the girl in Onslow County.