She Founded Me Too. Now She Wants to Move Past the Trauma. 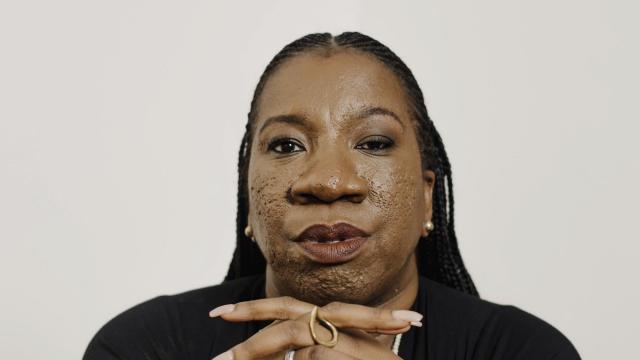 When activist Tarana Burke started the original Me Too movement more than a decade ago on MySpace, she never imagined what a force it would become. Then on Oct. 15, 2017, actress Alyssa Milano shared on Twitter a friend’s suggestion that “women who have been sexually harassed or assaulted” write “Me too” in the wake of the Harvey Weinstein revelations earlier that month. The #MeToo hashtag instantly went viral. And Burke was thrust into the global spotlight.

In the year since the movement upended entertainment and politics, Burke has been working to ensure that Me Too doesn’t lose sight of its mission: to connect survivors of sexual assault to the resources they need in order to heal. To mark the anniversary of #MeToo’s rise, Burke will unveil a number of new initiatives, including a series of public service announcements and a website intended as a hub for survivors. There is also a plan, in its early stages, to work with Hollywood writers rooms to address how they handle sexual abuse on the screen.

In a recent interview at a friend’s apartment in Manhattan, Burke discussed the future of the movement, the #HimToo backlash and the added complications facing black survivors. . These are edited excerpts from the conversation.

A:The site is rolling out in phases: Phase 1 will have two resource libraries, one that’s specifically about finding healing resources, and one that’s about finding advocacy resources. So, if you want to find out who is doing stuff in your community, you can find it on the advocacy side. If you’re starting your healing journey, and you’re trying to find out information about how you can connect with other survivors in your community, or find a therapist, you can find it on the resource side.

Phase 2 will include collecting stories. We don’t believe in collecting stories of people’s trauma because I don’t think the trauma should be curated. We believe in sharing peoples’ stories of healing. When you start talking about what you’ve done to cope and how you have developed practices around healing, that’s something that people need to see.

If I sat here and gave you the gory details of what happened to me, what are you taking away from that?

Q: So much of #MeToo in the last year has been about survivors sharing the details of their trauma. How do you counter that?

A:It’s hard because the idea of sharing your story has become so popularized. We are in a time where the more you share about yourself, the more people like you; the more likes you get, the more attention you get on social media. So things are framed so that they have to be public and they have to be popular in order to be valid. What we’re trying to do is counter that narrative and say, “You don’t have to tell your story publicly. You don’t have to tell anybody what happened to you.” You have to get it out — but it doesn’t have to be at a poetry reading. It doesn’t have to be on social media at all. It could be a trusted friend. It could be your journal.

That’s hard for survivors because people are always saying, “Tell your story.” It’s like a balancing act because I have to acknowledge that stories are important, and sometimes saying the words, “This happened to me” and “This is what he did” is cathartic to get out. I think there’s enough evidence in this world of survival and recovery to show that repeating that doesn’t help you, though. Reliving that doesn’t help you.

I want to teach people to not lean into their trauma. You can create the kind of joy in your life that allows you to lean into that instead.

Q: Recently, we’ve been seeing a pivot from sharing stories to an understandable rage and frustration with systems that protect abusers. How does Me Too address that shift?

A:I don’t think there’s anything wrong with the rage because it’s a righteous rage. This is not people just angry to be angry. These are people who are hurt. One of the things I want to do at some point soon is to call for a healing. We rally around causes, and we protest and we march, but we don’t ever take time to just sit and focus on what we personally need. Some people need this in this moment.

I really do feel like this is a moment where we lay our burden down at the feet of who’s responsible. If you take an oath or a pledge or whatever to represent the people of this country in any capacity, that includes the people who are survivors of sexual violence, and you should be working to make it less vulnerable to sexual violence.

Q: What are your thoughts on the #HimToo movement that has gained steam in the wake of the Kavanaugh hearings?

A: You can tell that it’s just hysteria, right? Because on the one hand, they’re like “You’re all just political pawns for the liberals and the Democrats.” There’s a lot of trolling. I don’t want to sound like Pollyanna or something but it affects you, it does. It’s hard to deal with. But also, for every single troll I see, there’s 10 women in the street marching and demanding and organizing, and I would rather just put my energy there. I can’t mount up a defense against #HimToo. Q: How do you feel generally about the way #MeToo has become a phrase that’s kind of —

A: Used for everything?

A: That’s exactly why it’s important to get in the writers’ rooms now and to connect with Hollywood now. Before it gets to be such a catchall phrase that they dilute its meaning, that we help people understand the gravity behind the words and that it’s not just used as, “Oh, look who got Me Too’d, ha-ha,” like a punch line.

I just read something the other day that said Lee Daniels is making a Me Too comedy. The hair stood up on my arm. To put Me Too and comedy in the same sentence is so deeply offensive and not because I’m uptight and I don’t see comedy in things. We’re not ready for a comedy and it’s just so offensive that you think in this moment when we’re still unpacking the issue that you can write a comedy about it. And that’s the type of thing I’m talking about. We have to get out in front of that.

Q: Do you think we’re moving toward more women of color feeling comfortable enough to speak out on these issues?

A: This is just a theory: I think the media doesn’t really care about the stories of black women and the stories of women of color. A lot of folks have slid under the radar.

On the other hand, there was an investigative journalist who was doing a story about R. Kelly and he could not get a black woman in entertainment to go on the record.

A: Within the last year. That’s what I’m saying: In the middle of this whole reckoning around Hollywood, you could not get a black woman to go on record. There is not wanting to “bring down a black man.” There is knowing that even if you’re not trying to bring down a black man, a large segment of the population will say “We don’t believe her” because of all these things that we normalize. I think it happens across all cultures, but I think in our community we’ve sort of doubled down on it. It’s immediately a question of what your level of complicity was as opposed to why this person violated you. And people, rightfully, don’t want to go through that.

When I first started doing this work in 2005, 2006 in Alabama, I was using Gabrielle Union [as an example]; she was the only black woman I could find that openly talked about what happened to her, as an advocate. Mary J. Blige, Queen Latifah, Fantasia [Barrino] — those were all people who, at one point, talked about it publicly. Gabrielle was actually advocating about it.

I’ve been told so many bad stories, whispers from black women in Hollywood or in entertainment, that they just don’t feel comfortable coming forward — because they haven’t seen themselves in this narrative. But the flip side is, we cannot wait for the narrative to catch up with us. We can’t wait for white folks to decide that our trauma is worth centering on when we know that it’s happening. We know that there are people, whether they’re in entertainment or not, who are ravaging our community. We have to be proactive, unfortunately without the benefit of massive exposure. That’s our reality, but it always has been.