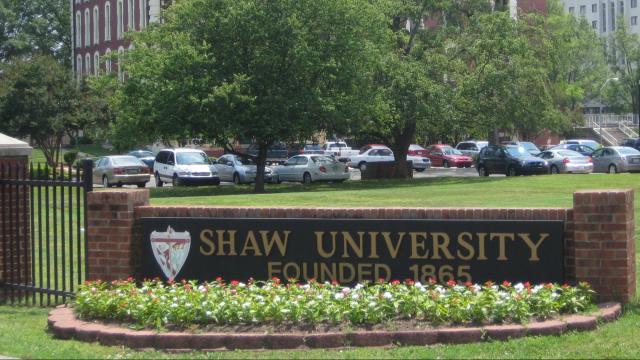 Raleigh, N.C. — Shaw University has revised its admissions policy after a federal complaint was filed against the school for denying acceptance to a student with cerebral palsy.

Officials at the historically black university in Raleigh said Wednesday that they initially admitted Alamari Moore when he applied last spring, then backed off because they felt the school could not adequately accommodate his disabilities.

Legal Aid of North Carolina filed a complaint with the U.S. Department of Education’s Office for Civil Rights on Moore’s behalf.

In a June decision, the agency determined the university violated the federal Rehabilitation Act of 1973, which prohibits discrimination in federally funded programs based on disability.

“OCR’s investigation found that, among other violations, Shaw University failed to engage in an interactive process to determine Moore’s needs, and that the university’s process for screening applicants with disabilities results in students who self-identify as having a disability facing a higher standard for admission,” Legal Aid said in a statement.

Campus officials said that, when they were notified of the violation, they began working with OCR to review and modify admission procedures. They also reinstated Moore’s acceptance and are working with him and his parents to meet his needs.

“Shaw University values its students and is dedicated to promoting an environment of tolerance,” officials said in a statement. “We are currently engaged in a continuous process of evaluation to ensure our campus fosters a climate of acceptance for all members of our community.”

Legal Aid said the university will reimburse Moore’s family for expenses they incurred in the process. Moore plans to begin as a freshman in the fall.