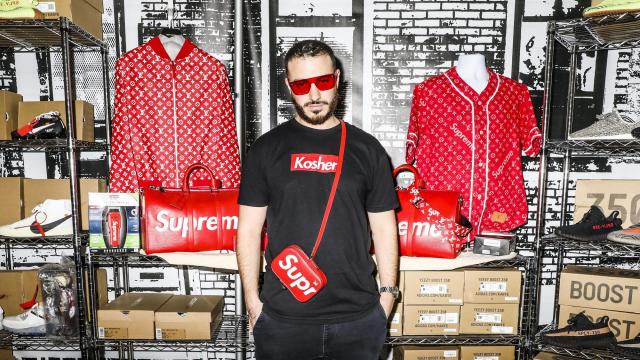 NEW YORK — Sneaker Con, a gathering of shoe fanatics founded in 2009, brought 500 vendors and more than 19,000 people to the Jacob K. Javits Convention Center in New York late last year. The heart and soul of the event was the trading pit, an area in the back of the 840,000-square-foot center where sellers, mostly teenage boys, were talking and holding up their sneakers, looking for buyers. The experience was overwhelming, confusing (where are their parents?) and educational. Here’s what the sneaker experts had to say for themselves.

Specializes in authentication of product, @fake_education

What are the things you look for first when authenticating sneakers?

Ultimately it always comes down to craftsmanship, detail and the material used. The counterfeit industry is going to get as close as possible to the original materials, but they cut corners and use inferior products. Stitching is usually a big thing to check across the board, whether it is a hoodie or a pair of shoes.

What are some of the biggest differences between real and fake sneakers?

A common difference amongst real from fakes is usually on inside size tags of sneakers, as well as on the box labels. The font style is 99.9 percent different, always. On Yeezys, for example, since they are some of the most counterfeited items I see, I look at the stitching; build structure; wherever it says “boost”; the font style; and the box.

On eBay, some users will post photos of the real shoes but then send counterfeit ones. How do you know you are not getting scammed?

I personally do not use eBay. Why I started @fake_education was by getting scammed on eBay.

What about people with good ratings?

What are the top counterfeit items that you see?

Anything made by Adidas: the Yeezys, NMD, Ultraboost. They’re selling off demand as well. For example, a general release NMD or an Ultraboost shoe holds almost no resale value, but that’s some of the most popular replicas on the market, because people are not even thinking that they’re buying a counterfeit. Whereas when it comes to Yeezys, they’re calling every lifeline possible to prove legitimacy. But when you come up to somebody with a pair that’s $180 in store and they’re giving it to you for, let’s say, $150, you just think you’re getting a good deal, right? Little do you know, they bought it for 60 bucks.

Co-founder, the Chicks With Kicks

How do you know when a sneaker will be an investment?

Now it’s a lot of hype. Kanye West drops something and all the kids are running, and a month or two months later, the price just drops. We don’t buy into the hype stuff. We buy stuff that held its value over time. We have sneaker patents. We have one-of-a-kind Yeezy samples. We specialize in prototype, samples, vintage, rare samples.

How do you know when something will generate hype?

Right now the market is all hype.

So your strategy is that you look for rare and unique sneakers that you know will hold value. What are some of the rarest pieces you have?

1985 Air Jordan 1s; we have the largest collection. That’s my favorite part of our collection, just because it holds so much history — it’s the first year of the Jordan. We have signed Julius Erving Converse sneakers. We have Yeezy samples, a few different colorways that have never been seen.

How many sneakers do you have in your collection?

My sisters and I have over 6,000 pairs, but we stopped counting. Our dad started the collection over 25 years ago, and we took it over about five or six years ago.

What are you looking for when buying sneakers?

It depends on the sneaker. Let’s say I were buying a 1985 Air Jordan: I would look at the yellowing, the cracking in the paint. If it’s metallic, that’s a big issue. You can use sneaker-cleaning products, and a lot of issues when it comes to yellowing just happen with age. So if you can get a dead stock pair from, like, ’85 or the ‘90s and it has no yellowing, the value is just astronomically more.

We store our collection in an air-conditioned, no-humidity storage room. If it’s a collection piece, you want to keep it away from a lot of lights — they could yellow it.

What is your favorite sneaker?

You told me that you’ve waited years to find a pair of shoes. Which ones were they?

The Nike Air Max 1s in the Amsterdam colorway. I’ve probably spent now nine or 10 years looking for them. For the longest time, I refused to pay the high prices for them. I broke down this year.

What is the most you would pay for sneakers?

Most recently I have been contemplating purchasing the real auto-lacing Nike Air Mags, the “Back to the Future” shoes which were released last year. Today they go for anywhere from $23,000 to about $60,000. I found a pair on eBay for $33,000, and I talked them down to $27,000. If I do get them, that will be the most expensive pair of shoes I will ever purchase in my life. The price of a nice decent car. Tips for getting your hands on hard-to-get sneakers?

It’s tough. Today I try to be as safe as possible. I use eBay much more rarely. I am involved with the resell shop Stadium Goods here in New York City. I try to buy most of my shoes from there, just because they’re authenticated.

What are some tips for eBay?

I generally look at sellers that have excellent feedback on eBay. I always look at people who write their name.

How do you care for your sneakers?

I do sometimes use Mylar bags. For people who’ve collected comic books out there, they use Mylar bags to keep them from getting the acid air or whatever it is from boxes. I also sometimes take out the insoles and throw them in with my bleach cycle, or I also use vinegar. You wash your underwear and your socks, but you’d never wash insoles. Those guys get pretty nasty.

First, how many pairs of sneakers do you have?

About 4,500 pairs. I’ve got a storage facility. I’ve been collecting since maybe 1996. So it’s been a long time to accumulate a lot of shoes.

Supreme Dunk High Stars. I just love the whole aesthetic of them. The embossed croc leather, the gold stars. The fact that they brought out three, it was very premium at that time.

How do you know what shoes will be investments later?

Trends are moving so quickly nowadays that it’s hard to predict. A pair that you’ve hedged a lot of bets on and think that is going to be very hot, eight months later doesn’t end up being so hot because the kids don’t get into it. But if a brand puts enough money behind something, it’s generally a sure winner. So looking at 2018, we’re hoping that Nike comes back because I’ve had a tough couple of years. And Adidas either maintained or even improves on the previous year.

How can you tell a counterfeit sneaker from a real?

There’s lots of telltale signs: the box, the sticker tags, the inside label. If you know that there’s a certain number that comes out of a shoe and someone’s got 15, 20 pairs, you’ve got to think that’s a little bit suspect.

Any tips on getting limited-edition sneakers?

You can try to get lucky with a raffle or a queue. Try eBay. Or even like Sneak Con is the best way to get what you want and what you need. The prices might be inflamed, but think of it as an investment piece. If you love it that much, go for it. Why not?

When did you start collecting sneakers?

I started as a hobby when I was 13. And my parents just didn’t want to support it at first. So I just had to resell sneakers to make money to buy myself more sneakers.

What are some tips for people trying to get sneakers?

You go to events like Sneaker Con and make a bunch of connections, and you just text them. You say, “Yo, how much is this? How much is this?” You just eventually get all of it.

What sneakers are you looking at for 2018?

Probably hoping Nike SBs. I know SBs died out a little, but hopefully they come back.

When you over and over look at the same shoe, you can just tell. And there is this Instagram @fake_education. He’s one of my boys; he does it.

What the most you’ve ever paid for sneakers?

$14,000 for a sample for myself. It was a sample Air Jordan. What are your tips for sneaker drops?

It kind of gets hectic at sneaker drops. I used to camp out with my brothers all the time. I used to pay kids $50, $100, but I stopped doing that now.

I used to when I first started out. I used to get clean used shoes on eBay, buy them and clean them up and try to make them look close to new.

What are some of your tips for sneaker care?

Occasionally I just use a wipe. It could be a household wipe, a Crep Protect or a Jason Markk wipe. It’s pretty easy to take out the insole, and then I leave it out to air dry.

How do you know when a sneaker will be an investment?

That’s driven by supply and demand. I think kids are hip and know when things are limited, and that’s really the impetus for a reason to buy. Whenever a Yeezy 350 comes out, people know that quantity is quite limited, and that is a driving factor.

What the most you’ve paid for sneakers?

I’ve been in the footwear industry so long, I don’t think I have to have paid for sneakers in the last 15 years. It sounds like I’m spoiled, but I’ve been very fortunate to be in this industry where I haven’t had to pay for my own shoes. I pay for shoes for my son.

What is your son wearing?

He’s wearing Jordan 1s. He enjoys mixing them up, so he has one blue and one red. We bought two pairs to accomplish that.

What was you first pair of sneakers?

It was a Nike Jordan. I think seventh or eighth grade. My parents were very strict, so it was unheard-of to spend a hundred dollars for sneakers. Between birthday money, Christmas money, Chinese New Year money and rolling up quarters and coins, I scraped up enough money. They took me to New Jersey, because there it was tax-free. We went to some mall, and I think I bought it at the Athlete’s Foot over 20 years ago. —

How do you authenticate vintage or new clothing?

I basically study the past. I watch like a lot of old MTV, like rap videos and rock videos. I also do a lot of eBay, so I know what goes for what price and what to buy and what not. There are certain tags to look for, especially with Supreme. There’s a lot of fake Supreme going around. Study the tags. Study details. Stitching is everything, and the color of the shirt. Sometimes an item could be discolored color and it could be fake.

Some tips for people looking for vintage clothing?