Prospect Hill, N.C. — Many people have no idea that North Carolina has its very own version of utopia – a miniature stone village tucked away in a rural part of Caswell County.

The entire town was built by just one man – a retired tobacco farmer who quarried the stone from the earth himself but died before he could finish.

With 27 miniature stone buildings, including a church, a school, a library and a hospital, Shangri-La has stood for more than 50 years – the smallest village in the state and one of the seven wonders of North Carolina.

As the name implies, it's very magical. 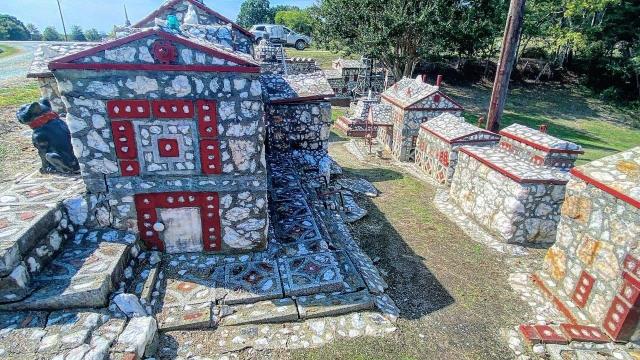 A tour of the tiny fairytale town

Henry Warren began building Shangri-La in 1968, when he was 75 years old. Even as he battled cancer during the final years of his life, he continued building his little stone paradise by the side of the road.

His miniature, whimsical town began with just one building but continued expanding year by year as Warren's vision grew. 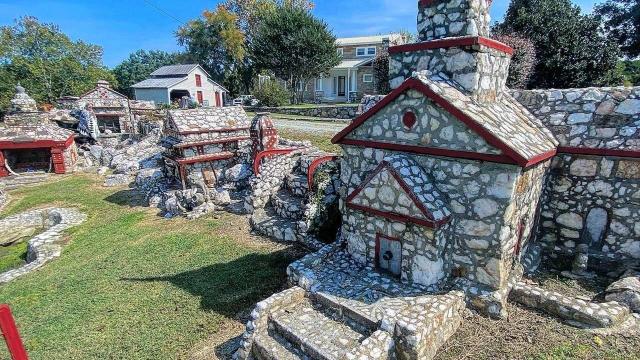 An engraved slate by the town's entrance welcomes visitors with a quote:

“Let me live in the house by the side of the road and be a friend to man.” 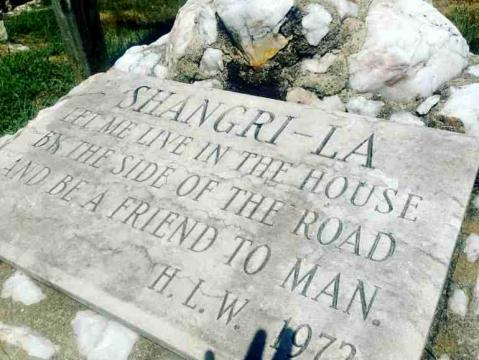 Like many real-life towns, it's built around a water source. From the center of town, a tall metal water tower overlooks the rest of the village. A little fisherman casts his line into the waterhole beneath, and a waterwheel uses the water to energize the mill. 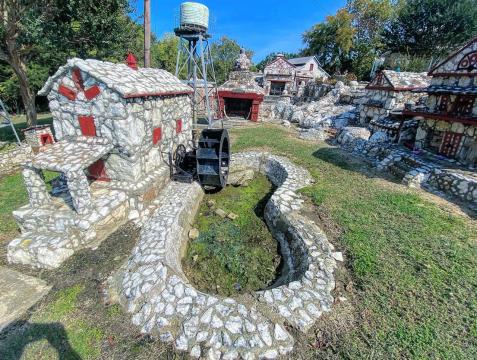 Warren continued quarrying stones and adding buildings – everything a little village could need in order to thrive. He built a school, a church, library, houses.

He was working on the village's final building, a hospital, when he passed away. In his memory, his family ensured his final structure was built. 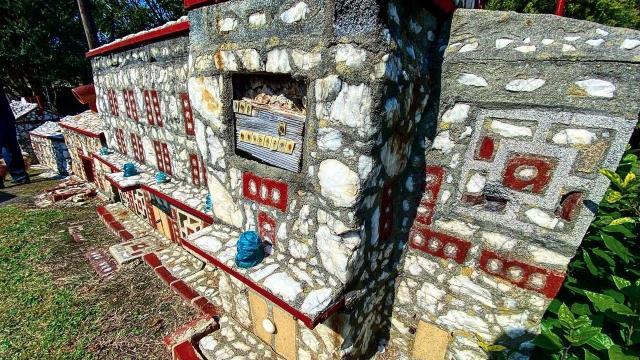 Although Warren has been gone for many years, the town remains an active and lively place. Visiting children and families explore, wide-eyed, as if they've been transported inside a fairytale.

Over the decades, it's become customary for guests to leave a toy or trinket behind to join the village. Guests who look closely may discover generations of lost toys, left behind to live out their days in Shangri-La. Peeking out of windows, hiding behind doors, standing on rooftops and porches – these small baubles are the inhabitants of the village. 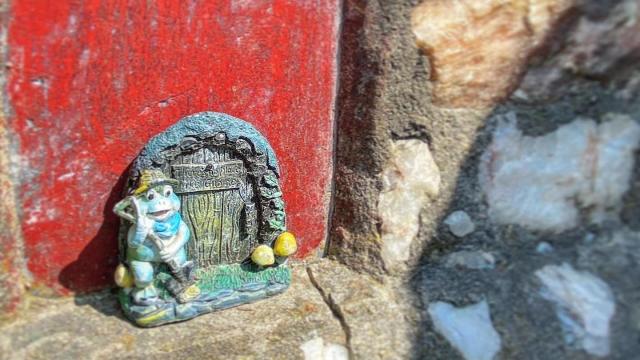 Even the jail has sad toys trapped within the bars – leaving guests to wonder what these criminal toys must have done wrong.

One legend states that fairies themselves live in the beautiful quartz and stone homes. North Carolina mythology includes everything from mermaids in the Cape Fear River to fairies in the Blue Ridge Mountains; from the Santer of Bladenboro to Bigfoot in the Uwharrie National Forest. It wouldn't be so strange to imagine mythological stories growing around this whimsical village that has brought magic to so many North Carolinians. 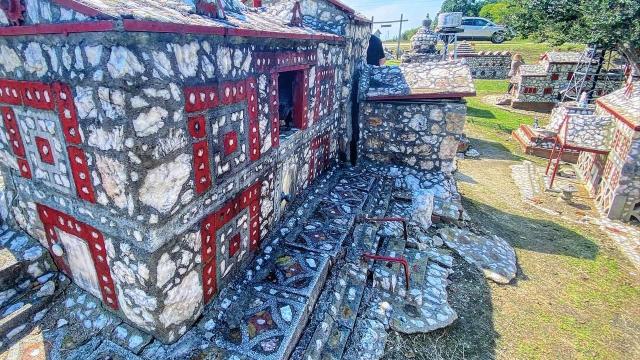 The tiny tourist attraction is open for visitors and even has a visitor notebook, where guests can leave a message etched in time for Shangri-La history.

If you're looking for a fun family activity to do this autumn, you can visit Shangri-La at 11535 N.C. Highway 86 in Prospect Hill.

Shangri-La is just one of the wonders of North Carolina. Want to explore more? Take a look at WRAL's Hidden Historian's exploration of the seven wonders of the state.

UFOs and underwater trains: The 7 wonders of North Carolina
SUGGEST A CORRECTION