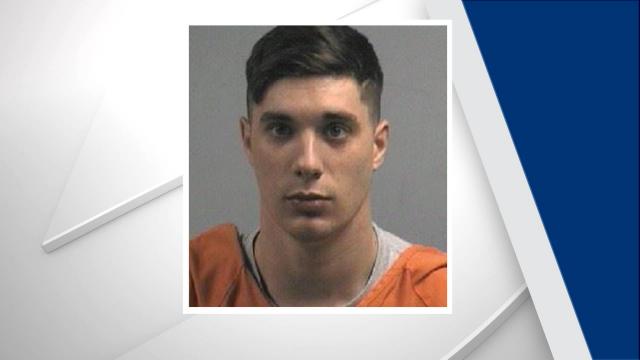 Goldsboro, N.C. — Goldsboro police on Tuesday charged a Seymour Johnson airman for a hit-and-run crash that injured a 5-year-old boy.

Police said the boy was crossing Berkeley Boulevard with his mother around 7 p.m. Monday when he was hit by a vehicle driven by Russell Dinkins, 23, of Goldsboro. The boy's mother, who was not identified, was not injured and was able to talk to police about the incident.

Authorities determined Dinkins was involved, and he surrendered to police on Tuesday morning. Dinkins was interviewed and released.

Later that day, police arrested Dinkins with assistance from Seymour Johnson Air Force Base officials and initally charged him with felony hit and run and delaying and obstructing an investigation, according to police. He was jailed under a $50,000 secured bond.

Dinkins was later charged with driving while impaired and felony serious injury by motor vehicle. His original bond was reduced to $15,000, but the additional charges increased the number to $35,000.