Sexual harassment training doesn’t work. but some things do. 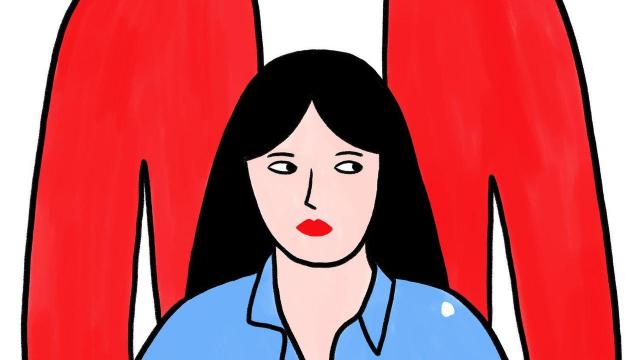 Many people are familiar with typical corporate training to prevent sexual harassment: clicking through a PowerPoint, checking a box that you read the employee handbook or attending a mandatory seminar at which someone lectures about harassment while attendees glance at their phones.

At best, research has found, that type of training succeeds in teaching people basic information, like the definition of harassment and how to report violations. At worst, it can make them uncomfortable, prompting defensive jokes, or reinforce gender stereotypes, potentially making harassment worse. Either way, it usually fails to address the root problem: how to stop sexual harassment in the first place.

That is because much of the training exists for a different reason altogether. Two 1998 Supreme Court cases determined that for a company to avoid liability in a sexual harassment case, it had to show that it had trained employees on its anti-harassment policies.

But while training protects companies from lawsuits, it can also backfire by reinforcing gender stereotypes, at least in the short term, according to research by Justine Tinkler, a sociologist at the University of Georgia. That is because it tends to portray men as powerful and sexually insatiable and women as vulnerable. Her research has shown this effect no matter how minimal the training. “It puts women in a difficult position in terms of feeling confident and empowered in the workplace,” she said.

Other research found that training that described people in a legal context, as harassers or victims, led those being trained to reject it as a waste of time because they did not think the labels applied to them, known as an “identity threat reaction,” said Shannon Rawski, a professor of business at the University of Wisconsin, Oshkosh.

Training was least effective with people who equated masculinity with power. “In other words, the men who were probably more likely to be harassers were the ones who were least likely to benefit,” said Eden King, a psychologist at Rice University.

Training is essential but not enough, researchers say. To actually prevent harassment, companies need to create a culture in which women are treated as equals and employees treat one another with respect.

“Organizations often implement training programs in order to reduce their likelihood of being named in harassment suits or to check a box for EEOC purposes,” King said, referring to the Equal Employment Opportunity Commission. “If we’re actually trying to change or reduce the likelihood of sexual harassment, that’s a different outcome altogether. That’s not a knowledge problem; that’s a behavior problem.”

Here are evidence-based ideas for how to create a workplace culture that rejects harassment. Researchers say they apply not just to men attacking women but to other types of harassment, too.

This equips everyone in the workplace to stop harassment, instead of offering people two roles no one wants: harasser or victim, Rawski said. Bystander training is still rare in corporate America but has been effectively used on college campuses, in the military and by nonprofits.

One study found that soldiers who received the training were significantly more likely than those who did not to report having taken action when they saw assault or harassment. Another found that it changed college students’ attitudes regarding sexual violence and individuals’ ability to stop it, a change measurable both immediately after the training and a year later.

Trainers suggest choices for what to do as a bystander. Most do not advise confronting the harasser in the moment, because it can escalate and put the bystander in jeopardy. If comfortable doing so, they suggest, a bystander can say something like, “That joke wasn’t funny.”

Another option is to disrupt the situation, such as by loudly dropping a book or asking the victim to come to the conference room. (Charles Sonder, referred to as Snackman in a widely shared video, defused a fight on the subway by standing between the combatants, eating chips.)

Observers can talk to the harasser later, by asking questions but not lobbing accusations: “Were you aware of how you came off in that conversation?” Researchers also suggest talking openly about inappropriate behavior, like asking colleagues: “Did you notice that? Am I the only one who sees it this way?”

One crucial element, researchers say, is for bystanders to talk to targets of harassment. They often feel isolated, and observers might not know if they thought the interaction was consensual or amusing. Colleagues could say: “I noticed that happened. Are you OK with that?” If not, they could offer to accompany the victim to the human resources department.

“So many victims blame themselves, so a bystander saying, ‘This isn’t your fault, you didn’t do anything wrong,’ is really, really important,” said Sharyn Potter, a sociologist at the University of New Hampshire who runs a research group there for sexual violence prevention.

Bystanders are unlikely to be present when the most egregious offenses happen, but harassers often test how far they can go by starting with inappropriate comments or touches, said Robert Eckstein, the lead trainer at the research group. A good workplace culture stops them before the offenses get worse.

“Bystander intervention is not about putting on your cape and saving the day,” he said. “It’s about having a conversation with a friend about the way they talk about women.”

One problem with traditional training, researchers say, is that it teaches people what not to do — but is silent on what they should do. Civility training aims to fill that gap.

Fran Sepler, who designed new training programs for the EEOC, starts by asking participants to brainstorm a list of respectful behaviors. These often sound trivial, she said, but are not common enough, like praising work, refraining from interrupting and avoiding multitasking during conversations. A big one is spotlighting contributions by people who are marginalized. A person could say: “She just raised that same idea. Would she like to expand on it?”

Sepler gives people scripts for how to give and receive constructive feedback about rude behavior, so it can be dealt with in the moment. She teaches supervisors how to listen to complaints without being dismissive.

The most effective training, researchers say, is at least four hours, in person, interactive and tailored for the particular workplace — a restaurant’s training would differ from a law firm’s. It is best if done by the employees’ supervisor or an external expert (not an HR official with no direct oversight).

It also seems to help if white men are involved in the training. A recent paper found that women and minorities are penalized in performance reviews for supporting diversity, while white men are taken more seriously when they do it. Another found a backlash against training when it was done by a woman but not a man. Training should not be infrequent, and the topic should come up in conversations about other things, whether strategy or customer service, said KC Wagner, a harassment prevention trainer at Cornell’s ILR School.

“We’re talking about literally generations of people getting away with abusing power,” Eckstein said. “Thinking you can change that in a one-hour session is absurd. You’re not going to just order some bagels and hope it goes away.”

Research has continually shown that companies with more women in management have less sexual harassment. It is partly because harassment flourishes when men are in power and women are not, and men feel pressure to accept other men’s sexualized behavior.

It also helps to reduce gender inequality in other ways, research shows, like paying and promoting men and women equally, and including both sexes on teams.

Most women do not report harassment. Some do not want to take the risk alone, fear retaliation, do not know whom to report it to, or do not think anything will be done. They may not want to end someone’s career — they just want to stop the behavior.

The EEOC has suggested a counterintuitive idea: Reward managers if harassment complaints increase, at least initially, in their departments — that means employees have faith in the system. It also recommended giving dozens of people in the organization responsibility for receiving reports, to increase the odds that victims can talk to someone they’re comfortable with. Ian Ayres, a Yale professor of law and management, has written about using so-called information escrows for harassment reporting. Victims submit a time-stamped complaint against an abuser and can request that it is reported only if another employee files a complaint against the same person.

Researchers also suggested proportional consequences: Harassers should not be automatically fired; it should depend on the offense.

“If the penalty is someone’s always going to get fired, lots of targets won’t come forward,” Rawski said. “But research suggests if you let the small things slide, it opens the door for more severe behaviors to enter the workplace.”