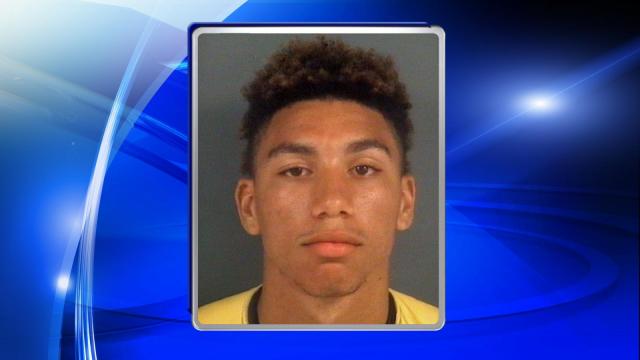 Fayetteville, N.C. — Cormega Copening, whose nude photos shared with a girlfriend when both were 16 earned him a felony sex charge, has served a year on probation and had all criminal charges dismissed as of Thursday, court records show. His parents said they would push for a change in the state law under which Cormega was charged.

Copening and his girlfriend, Brianna Benson, allowed their phones to be searched in an unrelated investigation and it was then that authorities found the photos.

The case illustrates the quandary authorities face with sexting cases. Most states have yet to update child pornography laws to account for minors who are caught exchanging explicit selfies. The laws, some written decades ago, carry stiff penalties including prison time and a requirement to register as a sex offender.

"No one even imagined how easy it would be for anybody to have a little device in their pocket with pictures like this," said Diana Graber, co-founder of Cyberwise, a group that teaches online safety for parents and teachers.

So far, more than a dozen states have reduced penalties in recent years for minors convicted of sexting. Texas, for example, made sexting a misdemeanor in 2011 for teenagers 17 years or younger.

Robert and Melisa Copening told the Fayetteville Observer that they would push for a similar change in North Carolina, suggesting that it be called "Cormega's Law."

Cormega Copening and Benson agreed to plea bargains last summer to reduce the charges to a misdemeanor. Both served a period on probation and got all their charges dismissed. They can apply to have any charges expunged from their records.

When he was charged, Copening lost his spot on the Jack Britt High School football team. Now, with a partial scholarship in hand from Chowan University, he hopes to be able to return to the field.

Copening's case made national headlines, but its outcome was pretty standard, according to Cumberland County District Attorney Billy West.

"What they were charged with initially, the consequences were much too serious for the conduct," West said.

West said his office typically handles sexting cases by reducing the charges and allowing dismissals after certain steps are followed. He estimated his office has handled about a dozen or such cases in the past year. Others are handled in the juvenile system.

West said he wasn't aware of any such cases resulting in felony convictions or a sex offender registry requirement for the teens involved. He said it's up to lawmakers to decide whether to change child pornography laws.