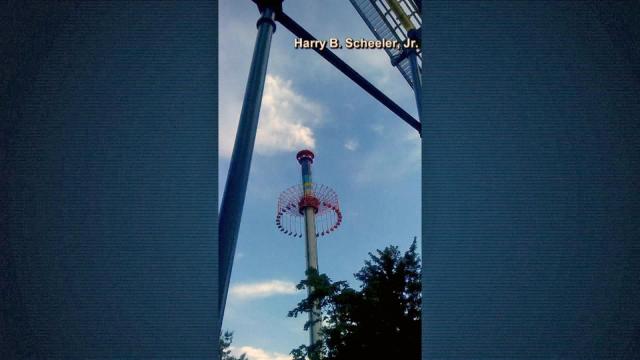 Charlotte, N.C. — Several thrill seekers were temporarily stranded on at least three rides at Carowinds Thursday night after a power failure at the amusement park.

Power went out briefly at about 8 p.m., officials said.

Photos posted online showed riders dangling high in the air on the park's Windseeker ride. According to the Carowinds website, the 32-seat Windseeker has a tower that is about 300 feet high.

Park officials manually lowered Windseeker to the ground after the power failure, and riders were able to get off about two hours after the outage.

Other riders stuck on two roller coasters were rescued more quickly, and no injuries were reported.

"Several rides were stopped and safely evacuated," Carowinds said in a statement. "As always, the safety of our guests and associates is our highest priority."

The cause of the power outage is unknown.

Park officials said the park would operate on its normal schedule (10 a.m. to 10 p.m.) Friday. Despite that, the following rides will be closed: