US sees highest number of daily coronavirus cases since August 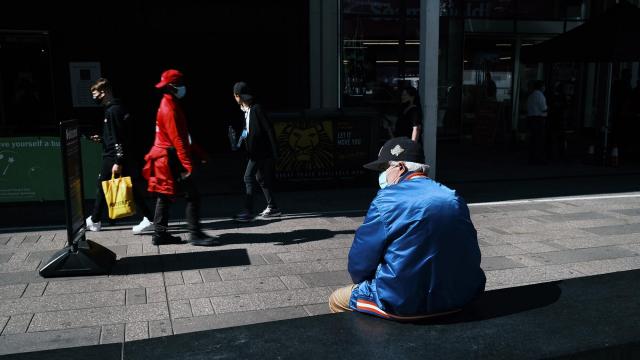 CNN — The recent uptick in coronavirus cases across the United States has emergency physicians fearing it could represent the start of a "dreaded second wave."

"We are all seeing increasing numbers of Covid-19 patients who are coming into our ERs, who are getting really sick, requiring hospitalization and even intensive care," Dr. Megan Ranney, an emergency room physician and Brown University associate professor, told CNN's Erica Hill.

"We are all deeply afraid that this is the beginning of that dreaded second wave," she said.

The physician's grim warning comes a day after health officials reported the highest number of new coronavirus cases in a day in almost two months.

A total of 57,420 new US cases were reported on Friday, according to data from Johns Hopkins University. That is the most cases reported in a single day since August 14, when there were 64,601 new cases.

Friday's surge of cases marks the third consecutive day of 50,000+ reported cases in the US, according to Johns Hopkins. The last time the US reported three consecutive days of more than 50,000 cases was also in mid-August.

So far on Saturday, there have been 16,241 new cases and 202 new deaths reported, the Johns Hopkins data shows.

The US coronavirus death toll could almost double to about 400,000 by February, an influential model predicts.

The model, from the Institute for Health Metrics and Evaluation at the University of Washington School of Medicine, projects that daily deaths in the US will peak at about 2,300 in mid-January.

The latest forecast projects 394,693 US coronavirus deaths by February 1, 2021. The current US death toll stands at 213,954, according to Johns Hopkins University data.

For comparison, Friday's US death toll was 990, according to Johns Hopkins.

The new projections are based on current conditions. If the US eases social distancing mandates, the number of deaths could be 502,852 by February 1, the model says.

Florida, which over the summer became the country's hotspot, is "ripe for another large outbreak," an infectious disease expert told CNN. Late last month, the state cleared the way for bars and restaurants to fully reopen and this week reported more than 6,000 cases over a two day-period.

"What they've done is opened up everything as if nothing had ever happened there, and you and I could be talking probably in eight to 10 weeks, and I will likely bet that Florida will be a house on fire," Michael Osterholm, the director of the Center for Infectious Disease Research and Policy at the University of Minnesota, told CNN Friday.

"The actions this time have to happen at the personal level, in our private homes, rather than just the public spaces," she said.

In New Jersey, officials are monitoring several areas of concern after the governor said the state was beginning to see "sobering" numbers. And in New York, several cluster areas prompted Gov. Andrew Cuomo to issue strict restrictions in areas with large Orthodox Jewish communities, sparking protests and criticism from some local leaders.

Only two states -- Maine and Nebraska -- are reporting a decline.

Alarming trends all over the country

Worrying trends are being recorded across the US. At least 22 states reported more than 1,000 new cases on Thursday. And the country's daily case count average -- now more than 46,000 -- has surged by 12% since the previous week.

Hospitalizations are also on the rise. Especially worrisome are the statistics from Wisconsin, experts say, which in recent days has reported its highest daily case count, hospitalization number and death toll.

After issuing an emergency order limiting public gatherings, Wisconsin Gov. Tony Evers warned the state was in a "dire place" and announced a field hospital would be opening next week to help respond to the surge in patients.

"We're in a crisis right now and need to immediately change our behavior to save lives," he told residents earlier this week.

But other states aren't trailing far behind -- with Utah's Lt. Gov. Spencer Cox saying this week hospitalization rates were "surging" and "beginning to place a strain on our healthcare system."

Health officials have warned things could get worse as winter approaches and the Covid-19 pandemic is stacked against flu season. Projections from the University of Washington's Institute for Health Metrics and Evaluation show more than 2,900 Americans dying every day by January. And the latest US Centers for Disease Control and Prevention ensemble forecast shows the US death toll could climb to 233,000 by the end of the month.

More than 213,000 Americans have died from the virus since the start of the pandemic, according to Johns Hopkins.