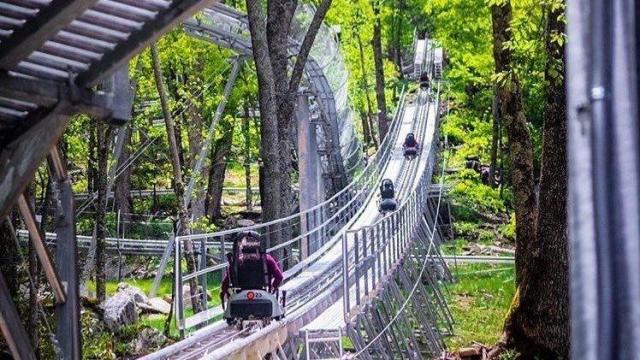 According to a post on the WRAC Facebook page, a group was sitting under a tree when lightning struck.

"Unfortunately we had several guests that were sitting under that tree and across the way that were injured," the post read. "Our hearts and prayers go out to them and their families."

No one was hit directly, but some were knocked down. The conditions of those injured was not provided.

The National Weather Service indicated a lightning strike near the property around 2:53 p.m.

Although no one on the roller coaster was injured, officials said the coaster was grounded until further notice.