Mount Olive, N.C. — The University of Mount Olive on Friday identified the seven people involved in an overnight crash as students. Six of them were members of the university women's lacrosse team.

The seven women were in a Jeep that was T-boned by a tractor trailer at the intersection of N.C. Highway 55 and Indian Springs Road in Mount Olive at 12:53 a.m. on Friday.

Five others were taken to Vidant Medical Center in Greenville:

“It is a sad day for the University of Mount Olive," said university interim president Dr. Ed Croom.

"We are in prayer for everyone involved in this horrific accident. We extend our heartfelt sympathies to the families of Ann Wray and Madison Mergl, and we uplift all of the others in our prayers as they continue to receive medical treatment. The University of Mount Olive is a close-knit community and this has hit us all hard.”

Troopers said the driver and the woman in the front seat were wearing seatbelts. The passengers in the back were not.

The Jeep overturned on the property of Unity Baptist Church. 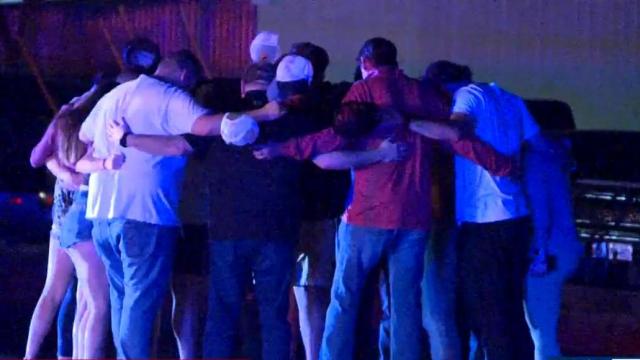 Officials said the driver of the tractor-trailer was not injured and is not charged at this time. According to a trooper, the Jeep was driving north on Indian Springs Road and failed to yield at the intersection.

Speed was not considered to be a factor; however, an ALE agent was working to determine to what extent alcohol may have been a factor after finding evidence of beer and wine at the scene.