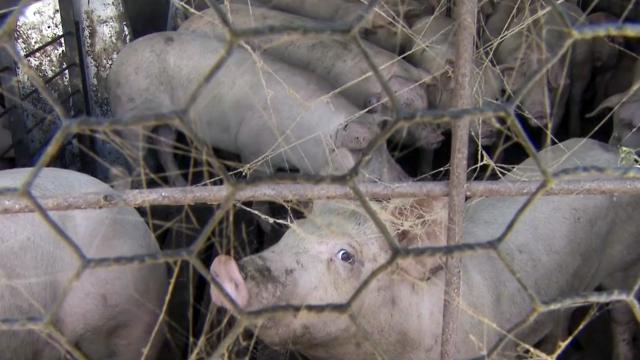 Raleigh, N.C. — The next several cases planned in North Carolina's hog waste trials will be delayed, a federal judge agreed last week, as Smithfield Foods and farm neighbors look for another way to resolve their disagreements.

So far, neighbors are 3-0 in nuisance trials targeting the open waste lagoons and spray fields at hog farms across eastern North Carolina, but there are 23 more lawsuits pending. U.S. District Judge Earl Britt signed a court order Thursday delaying the fourth trial, which was slated to start next week, until November.

Discovery was pushed back in two other cases. Attorneys for Smithfield's hog production division and for the neighbors jointly requested the delays.

"The parties have also agreed to pursue potential options for alternative resolution of future trials," they wrote in a joint motion.

Both sides in this case are bound by a gag order and have been unwilling to discuss the case. But Smithfield sent growers a letter last week saying that the three cases that have already gone to verdict will be appealed to the 4th Circuit U.S. Court of Appeals, and that talks are coming with the plaintiffs.

"We will also enter into concurrent mediation discussions in an effort to resolve these matters," the letter states, calling these developments "important" and "very positive."

The verdicts in the first three cases have run hundreds of millions of dollars. Even with North Carolina's cap on punitive damages the most recent verdict totaled $94 million, the highest award yet.