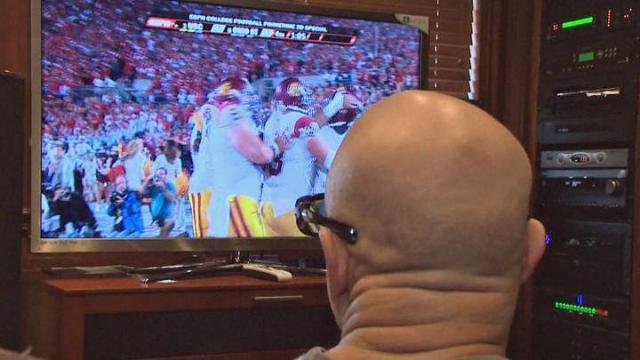 With prices plummeting and technology options expanding every day, there has never been a better time to buy a big-screen television.

Despite that, not everyone sees the same picture quality once they get home and set up a television on a wall or television stand. Often, it's because of a few missed steps in the setup process.

"In the stores, the TVs are set up to really pop and catch your eye underneath those bright fluorescent lights," he said. "But that's not the lighting you're going to have in your living room."

First, look for the "home" or "store" setting when the television is turned on for the first time. Obviously, home is the best choice. Next on the list is the picture mode.

Freeze the picture on an image with faces and plenty of details.

"Check the picture options in your menu," Consumer Reports' Matt Ferretti said. "If your TV has a "THX" mode, then go with that. if not, then look for settings called "movie," "cinema" or "pro." Any one of these should give you the most natural looking picture."

Other common picture modes include "vivid" or "dynamic," but Consumer Reports says to avoid them. They open make the picture overly bright and harsh.

Other settings should be turned off completely, including "noise reduction" and "edge enhancer" because they can reduce detail, Consumer Reports said.

"In general, you want to turn blur reduction features on to get the sharpest picture in fast-moving scenes," Andrade said. "But this is often coupled with a motion-smoothing feature that you want to turn off, because it's going to make film content look more like a soap opera, which is not ideal."

Keeping your TV screen clean also improves the picture, but never use window cleaner, alcohol or ammonia. Consumer Reports says turn the TV off, let it cool and then wipe it gently with a microfiber cloth.