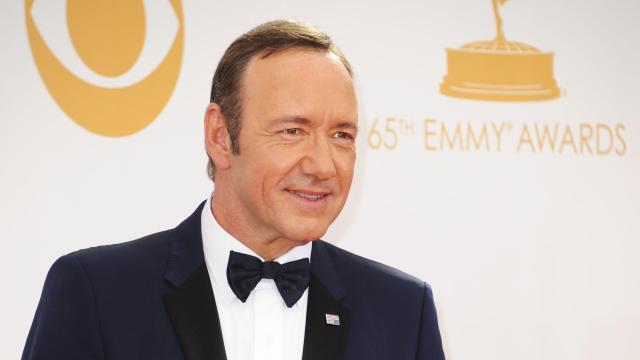 (CNN) — Seth MacFarlane is starting to look like the man in the know in Hollywood.

The actor/writer/director/singer drew both laughs and groans in 2013 with a bit about Harvey Weinstein during a nominations announcement at the Academy Awards.

Now MacFarlane is making headlines again for a joke about Kevin Spacey that appeared in a "Family Guy" episode from more than 10 years ago.

On Monday, a Twitter user posted a clip from a 2005 episode of MacFarlane's animated series in which Stewie, the baby of the show's family, running through a room yelling, "Help! I've escaped from Kevin Spacey's basement! Help me!"

On Sunday, Spacey tweeted a statement of apology after actor Anthony Rapp accused the "House of Cards" star of of making a sexual advance at him more than 30 years ago when Rapp was 14 years old.

Rapp's account was published on Sunday by Buzzfeed and comes in the wake of a spate of sexual harassment and assault allegations that have roiled Hollywood and other industries since Weinstein's alleged misconduct came to light earlier this month.

Weinstein stands accused by multiple women of alleged incidents of rape, harassment and misconduct. At the 2013 Oscars, McFarlane made a jab at the Hollywood mega-producer, who is credited with hits such as "Shakespeare in Love" and "Pulp Fiction."

"Congratulations," MacFarlane said as he stood with actress Emma Stone after announcing the nominees for best supporting actress. "You five ladies no longer have to pretend you're attracted to Harvey Weinstein."

Through a spokeswoman, Weinstein has denied all accusations of non-consensual sex.

After the scandal with Weinstein went public, MacFarlane tweeted that a female colleague had confided in him about an alleged encounter with Weinstein prior to 2013.

"Make no mistake, this came from a place of loathing and anger," MacFarlane wrote.

CNN has reached out to a representative for MacFarlane regarding the Spacey joke.