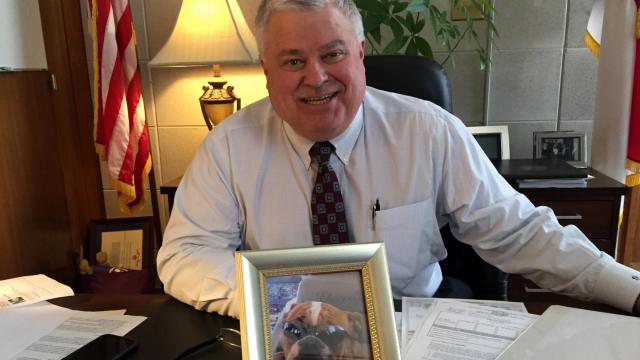 Raleigh, N.C. — A bill that would allow cities and counties to turn police dogs and other publicly owned service animals over to their handlers cleared the state Senate on Wednesday carrying the name of high-ranking senator's beloved pooch.

The Raleigh Apodaca Service Dog Retirement Act would extend provisions found in a number of local bills written for towns in Wake and Mecklenburg counties to cities and counties across the state.

Prior to those measures, local governments were compelled to auction former service animals off as surplus property once they reached retirement age. This measure, which will now be reviewed by the House, would allow those governments to sell the animals for a nominal fee to those handlers or their families.

"This bill really just takes that statewide," Sen. Norm Sanderson, R-Pamlico, told his colleagues. It would apply to any, "horse, dog, or other animal owned by the State or a unit of local government that performs law enforcement, public safety, or emergency service functions."

"He was the smartest of our three children," Apodaca, R-Henderson, joked, noting that the dog frequently appeared in campaign fliers with him under the slogan, "two bulldogs going to Raleigh."