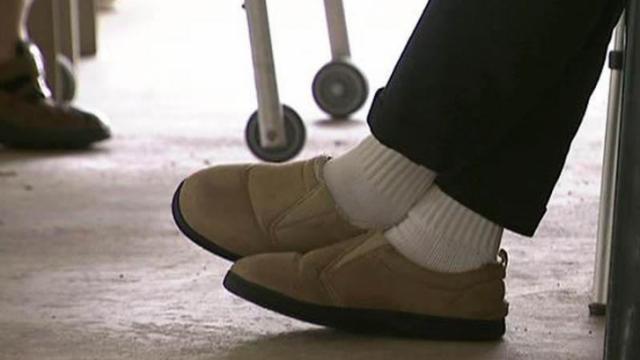 Raleigh, N.C. — House lawmakers are debating whether to resurrect a state tax deduction for medical expenses for senior citizens after being deluged with calls and messages from constituents reeling from sticker shock.

House Bill 46, sponsored by Rep. Rick Catlin, R-New Hanover, would r﻿einstate the deduction beginning with the 2015 tax year. It was discussed but not voted on at a meeting of the House Aging Committee on Wednesday afternoon.

“While we were intending to lower the taxes on all citizens, the senior citizens got taxes raised on them – at least the ones who are in the itemized deduction zone,” Catlin told the committee, holding up pages of signatures on petitions in favor of his bill. “We need to be fair to all of our taxpayers. This is something I think needs to be fixed.”

Prior to the tax reform passed in 2013, medical expenses that exceeded a given percentage of a taxpayer’s income were deductible. For example, a senior citizen with an adjusted gross income of $50,000 could deduct any medical expenses in excess of $3,750, or 7.5 percent of income.

The state tax overhaul repealed that deduction as of tax year 2014. At the time the bill was passed, backers said an increase in the state’s standard deduction to $7,500 for single filers or $15,000 for couples should cover the loss of most of the itemized deductions that were repealed.

But it hasn’t worked out that way for many senior citizens. Many have medical expenses that exceed the standard deduction, says Mary Bethel with AARP.

“Particularly [those in] continuing care retirement communities, because they had been able to deduct a percentage of what they’re paying every month as a medical deduction,” Bethel said. “They’re losing that.”

Bethel’s phone, like lawmakers’ phones, has been ringing off the hook since tax filing season started, with members seeking help with tax bills that have increased by hundreds or even thousands of dollars over last year.

“I’ve had calls from people whose tax liability is going up 40 to 60 percent when their gross adjusted income for federal is going up 1 percent,” she said. “The problem is, you’ve got a lot of people on fixed incomes, so they have no additional revenue to make ﻿up for it.”

Chapel Hill resident Sindy Barker told the committee the end of the deduction has been a major financial blow to her family. She and her husband live at Carol Woods. Her husband was disabled by a stroke 15 years ago. Until this year, they had been able to deduct a portion of their living expenses, plus thousands more in prescription costs, ﻿﻿M﻿edicare and supplemental insurance, and mileage to and from more than 100 medical appointments.

“My story is not unusual in retirement communities,” said Barker, who is a member of the 20,000-member North Carolina Continuing Care Residents Association. “This change in the medical deduction has really presented us with some real hardships within the people 65 and over.”

However, some lawmakers said, reinstating the deduction could mean major pain for the budget. The cost of Catlin’s bill would be around $39 million next year.

“The challenge for us is how do we fund this?” said Rep. Donny Lambeth, R-Forsyth, “This is a substantial change in the tax structure.”

Catlin conceded that finding funding would be difficult, but he suggested the bill expanding business-recruitment incentives could be trimmed.

“If you're looking for ways to find the money to fund this, that is certainly one of the place we need to look.”

Other committee members said the change has also been a hardship for people under 65 with high medical expenses that they can no longer deduct, such as parents of children with disabilities. But Catlin said the cost to reinstate the deduction for all taxpayers would be prohibitive – somewhere around $80 million to $90 million.

“So, this was a step in the right direction,” he said.

Committee Chairwoman Rep. Pat Hurley, R-Randolph, said she had been told not to vote on the bill until the Republican House caucus had a chance to discuss it. She said she expects the committee will vote on the bill at its next meeting, in two weeks.