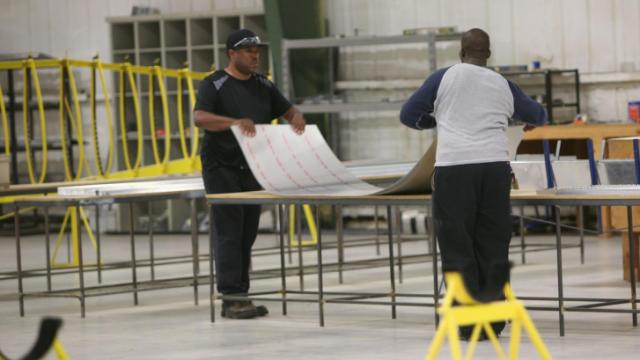 The Senate Finance Committee took no action on three bills, which also propose a number of other steps to reduce taxes and change how they're calculated. But with one of the bills already approved by the House, the committee's task in the coming weeks will be to work out which strategies the Senate will move forward for job creation in the state.

"All of those bills have some overlap," Finance Committee Chairman Sen. Bob Rucho, R-Mecklenburg, said. "Some of them treat JDIG differently than others."

The House and the Senate have rolled out a suite of competing bills that would affect incentive programs and corporate recruitment in North Carolina. Here's where the legislation stands.

Job Creation and Tax Relief Act of 2015
Senate Bill 526​
Moves to a "single sales factor," meaning companies would be taxed only on what they sell in state; retools JDIG and refunds taxes for companies investing $1 billion and hiring 2,500 workers, the scale of large-scale car plants
Last action: Pending in Senate committee

The Job Development Investment Grant program, one of the state's largest initiatives to offer incentive grants for companies, sunsets at the end of 2015. It's a tool Gov. Pat McCrory and his commerce secretary have called essential to keeping North Carolina competitive, and he's been vocal in his insistence that the legislature act quickly to expand and extend it.

The House's version of the bill, approved early last month and now before the Senate, would extend JDIG until 2020. In addition to tweaking the program's qualification rules slightly, the proposal would mean a potential liability of $900 million over 15 years.

Two competing Senate bills would extend JDIG only through 2018 but would overhaul the program with an option to give larger grants to "megasite projects" – those investing more than $1 billion and hiring more than 2,500 workers. A project of that size would match up with most major car plants, which the state has sought since the early 1990s.

The renewed discussion in the state Senate comes days after news reports that Volvo Cars passed on North Carolina for a new manufacturing plant. It's the latest big automobile project the state has lost to states such as Alabama, South Carolina and Georgia.

A 2014 WRAL News analysis found that, of the hundreds of state incentives awarded since 2009, most are concentrated in the state's most prosperous 20 counties, where economists say the grants barely make a dent in already below-average unemployment rates.

That urban-rural discrepancy is one of the reasons why Senate leaders want to change the distribution of grants.

Brent Lane, director of the Carolina Center for Competitive Economies, told the committee that, although he think it's appropriate that tools like JDIG are going through "a natural evolution," he said he's been less satisfied with how the state is using them.

Where the two Senate bills differ drastically from the House version is the changes they propose to the state's tax rates.

Both would enact the so-called "single sales factor," meaning companies would be taxed only on what they sell in North Carolina. They also call for reducing the corporate income tax rate from 5 percent – to 4 percent in one bill and to 3 percent in the other – over the next two years.

The General Assembly's tax overhaul in 2013 called for both of these reductions if certain revenue goals were met. But the Senate bills would remove that trigger language because it appears the state will fall short of those targets.

Among other changes, one of the Senate bills would also reduce the individual income tax rate from 5.75 percent to 5.5 percent over the next two years and effectively raise the amount of tax-free income for those who don't itemize their taxes.

That proposal, Senate Bill 526, is estimated to cost about $7 billion over the next five years.

That raised a question from Sen. Josh Stein, D-Wake, about whether it was good move for the state's budget.

"The argument is you wouldn't have this revenue anyway if you didn't recruit these businesses, so it's not particularly lost," said Sen. Harry Brown, R-Onslow, who chairs the Senate Appropriations Committee. "Then, the revenue you'd generate through employment because you attracted these businesses does grow the revenue base to the state overall."

Read the Generally Assembly Fiscal Research Division's comparison of the bills and how they handle JDIG expansion and tax changes.