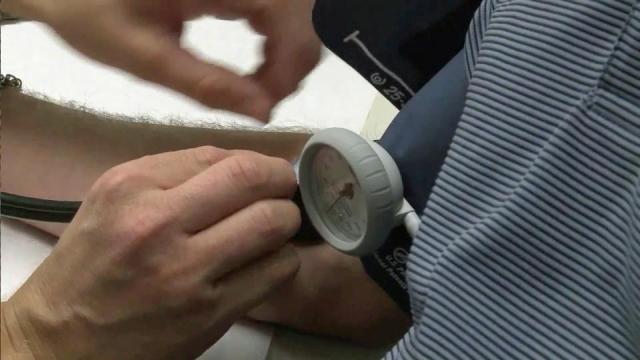 Several Republican and Democratic lawmakers agree that Congress needs to prevent a collapse of the health insurance market, which could hurt millions of consumers -- and that concern has opened up some bipartisan dialogue.

Sen. Lamar Alexander, R-Tennessee, said the Senate health committee will hold bipartisan health care hearings on how to repair the individual market. In the House, a group of 40 lawmakers from both parties endorsed an outline of ideas aimed at making urgent fixes to Obamacare.

President Donald Trump has taken a hard line on Obamacare after legislative efforts failed last week in the Senate, saying that he wants to "let Obamacare implode."

Here are some of the bipartisan efforts underway in Congress over Obamacare that diverge from the President's stance.

Bipartisan hearings on health care in the Senate

On Tuesday, Alexander announced that the Senate's health committee would begin hearings in September on stabilizing the individual health insurance market.

"If your house is on fire, you want to put out the fire, and the fire in this case is the individual health insurance market," he said in a statement. "Both Republicans and Democrats agree on this."

Alexander said in the statement that he was working with Sen. Patty Murray, D-Washington, to make the hearings bipartisan.

Congress has to come up with a solution before September 27, when insurers sign contracts with the federal government over what insurance plans to sell on the exchange for 2018. About 18 million Americans who get their insurance in the individual market stand to be affected, he said.

"Unless we act, many of them may not have policies available to buy in 2018 because insurance companies will pull out of collapsing markets," Alexander said.

The senator also urged Trump to temporarily keep making the cost-sharing payments so Congress could work on stabilizing the individual market for 2018.

Last week, Alexander voted for two out of the three repeal Obamacare bills that went up for a vote in the Senate.

In the House, a group of around 40 Republicans and Democrats known as the Problem Solvers Caucus endorsed an outline of ideas aimed at making urgent fixes to Obamacare.

While there is no legislative text yet, members in the caucus are moving quickly to seize the defeat of a Senate bill last Friday to garner broader support for their proposals -- and to force the GOP to ditch its quest to gut the current health care law once and for all.

The group's proposal includes mandatory funding for cost-sharing reduction payments; the creation of a stability fund; a repeal of the medical device tax; and to raise the threshold of the employer mandate so that companies with 500 employees or more, rather than 50, are required to provide workers with health insurance.

New Jersey Rep. Josh Gottheimer, the Democratic leader of the Problem Solvers Caucus, acknowledged that its initial proposal "does not attempt to do everything" -- but that it's a start.

"Instead of just focusing on killing the ACA, we're focused on how to fix it in a smart way," Gottheimer said on Monday. "When (Sen. John) McCain said on the floor it's time to work together like the country wants -- that had a big influence on our group. It was a shot in the arm."

The effort comes from Republican and Democratic lawmakers representing the most competitive districts across the country.

Rep. Martha McSally, R-Arizona, stressed the importance of the group's bipartisan approach as well as its goal to stabilize the individual market.

"The big headline here is: Democrats, Republicans trying to find a way forward. We're not going to solve everything, but we're trying to deal with the problem at hand, and that's exactly what we did," McSally, who voted in favor of the House health care bill, told CNN's Wolf Blitzer on Tuesday.

"So these are singles and doubles. It's not a home run for everybody, but we're here to govern," she added.

But will bipartisanship actually work?

There are barriers ahead.

House Speaker Paul Ryan's spokeswoman made it clear that the bipartisan health care proposals were not moving anytime soon in the House.

"While the speaker appreciates members coming together to promote ideas, he remains focused on repealing and replacing Obamacare," AshLee Strong said.

Among Republicans across the ideological spectrum, the reaction has been mixed.

At the same time, others in their party are just as insistent that it's time for the party to leave a comprehensive health care overhaul behind and focus on smaller fixes that Democrats can get behind.