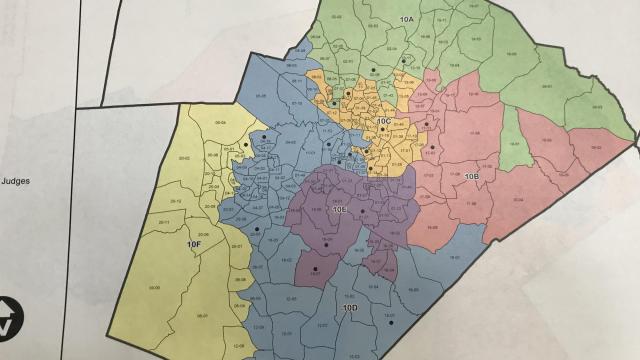 Senate Bill 486 runs 12 pages and includes new background checks for elections workers, as well as a tweak for North Carolina's "sore loser law," which will prevent people who lost primary races this year from getting on the general election ballot under the banner of one of the state's new parties, the Constitution and Green parties.

Senate Bill 757 is a less ambitious judicial redistricting bill, compared to efforts the Republican majority discussed during the off-session, which would have tinkered with districts across the state. The bill now addresses population imbalances in Mecklenburg County's Superior Court districts, which was ostensibly a major reason for the redistricting effort when it began last year, and divides District Court judges in both Mecklenburg and Wake counties into smaller districts.

There was no debate on the decision to overturn Senate Bill 486. Senate Bill 757 sparked some back and forth, primarily because Democrats accused the majority of bullying the courts after a series of losses before the judiciary.

Republicans said the uneven Superior Court districts in Mecklenburg County had to be addressed.

"To remind this body, Senate Bill 757 cures an unconstitutional depravation of voter rights of a half million residents of Mecklenburg County," said Sen. Dan Bishop, R-Mecklenburg, adding that the governor's willingness to let that continue "shows contempt for the people."

Republican senators chastised the governor for waiting the full 10 days he's allowed by law to pull the trigger on the veto, which was delivered to the Senate clerk's home Friday after the legislature had gone home for the weekend.

Because of the timing, filing in this year's District Court judicial races opened Monday with the matter unsettled.

The House is expected to take up the two override votes on Wednesday.