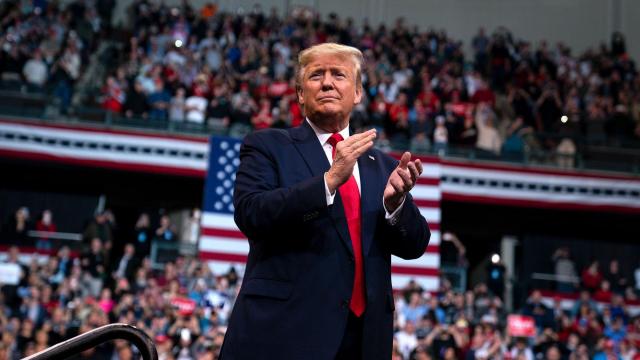 CNN — The Senate is expected to pass a War Powers resolution this week aimed at restraining the President's ability to use military action against Iran without congressional approval, a move that comes amid simmering tensions with the country in the wake of a US strike that killed a top Iranian general.

Debate on the resolution is getting underway on Wednesday, and a final vote is expected on Thursday.

Democratic Sen. Tim Kaine of Virginia kicked off that debate in a Senate floor speech in support of the resolution.

"We should not be at war with Iran unless Congress votes to authorize such a war," Kaine said. "While the President does and must always have the ability to defend the United States from imminent attack, the executive power to initiate war stops there. An offensive war requires a congressional debate and vote. This should not be a controversial proposition."

The resolution has bipartisan support from Republican senators, including, Mike Lee of Utah, Rand Paul of Kentucky and Susan Collins of Maine who have signed on as co-sponsors. As a result, the measure is expected to have the 51 votes needed to pass.

Republican Sen. Todd Young of Indiana is also expected to support the war powers resolution, but has said that he plans to review it prior to making a final decision.

"This is not directed toward President (Donald) Trump, it would apply equally to any President," Kaine said on Wednesday, adding, "It's fundamentally about Congress owning up to and taking responsibility for the most significant decision that we should ever have to make."

Senate Minority Leader Chuck Schumer, however, argued on Tuesday that passage in the House and Senate will send a warning to the White House, even if the President vetoes the measure.

Deliberation on the Iran war powers resolution will come on the heels of a divisive impeachment trial in the Senate, which temporarily put consideration of the measure on hold as it stalled other legislative business while the proceedings -- which ended in acquittal of the President -- played out.

Kaine introduced the resolution last month following the President's decision to order a strike that killed Iranian commander Qasem Soleimani. House Speaker Nancy Pelosi said in the aftermath of the strike that the administration had acted without consulting Congress.

The House passed a similar resolution last month, but since the structure and text of the Senate resolution is not identical, the War Powers resolution introduced by Kaine would need to be voted on by the House after it gets a Senate vote before going to the President's desk.

Despite some Republican support in the Senate, Senate Majority Leader Mitch McConnell opposes the measure, which is unlikely to win enough votes for a veto-proof majority.

In remarks on the Senate floor on Tuesday, McConnell said that the resolution "would severely limit the US military's operational flexibility to defend itself against threats posed by Iran," adding, "I will strongly oppose our colleague's effort and urge the Senate to defeat it."

As a war powers resolution, however, the measure is privileged, which means that the Republican-controlled Senate has to hold a vote on it.

The resolution "directs the President to terminate the use of United States Armed Forces for hostilities against the Islamic Republic of Iran or any part of its government or military, unless explicitly authorized by a declaration of war or specific authorization for use of military force against Iran."

It includes a provision, however, stating that no part of the resolution "shall be construed to prevent the United States from defending itself from imminent attack."

Under the Constitution, the President acts as commander in chief of the US Army and Navy, but Congress has the power to declare war.

The War Powers Resolution further stipulates parameters of presidential and congressional war powers, including imposing procedural requirements to ensure that presidents keep Congress appraised of military decisions as well as provisions that provide Congress with a mechanism to suspend military operations initiated by the President in certain circumstances.

It was enacted after Congress overrode a veto from then-President Richard Nixon and is aimed at reining in a president's authority to engage the US in military action without congressional approval.