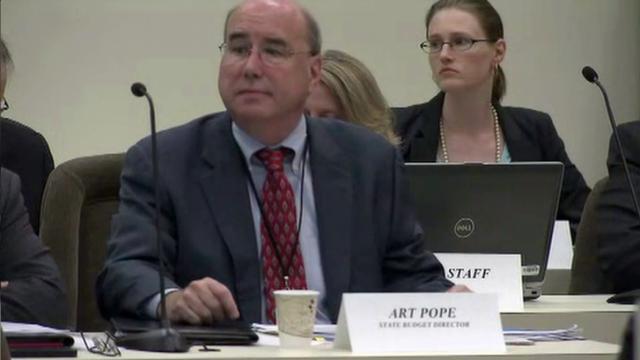 Raleigh, N.C. — Senate Republicans plan to name Art Pope, a key player in the GOP's ascendency in North Carolina politics a decade ago, to the state university system's Board of Governors on Thursday.

A slot on the board opened up late last week when former Sen. Bob Rucho resigned.

Pope was a state budget director under former Gov. Pat McCrory and he owns Variety Wholesalers, a chain of discount stores. He is one of the state's biggest conservative donors and a founding member of Americans for Prosperity. He has long been the focus of left-wing ire in North Carolina politics.

"Among all hypothetical scenarios, this is the most controversial pick I could imagine," Sen. Jeff Jackson, D-Mecklenburg, tweeted late Wednesday.

"One of the central challenges with the Board of Governors over the last few years has been the overwhelming perception that its decisions are partisan," Jackson tweeted. "To put it mildly, there is no way that this pick would improve that perception."

Pope's nomination is scheduled to be before a Senate committee Thursday afternoon.

Senate President Pro Tem Phil Berger said Thursday that lawmakers approached Pope about joining this board in 2011, but he was unable to commit to the time it would take.

"He was somebody who was always on the list," Berger said.

Rucho's vacancy is only for a year, and Berger said Pope "was interested in serving for a year."

"He's a business person of wide and varied experience, and I think he's someone that will do a good job," Berger said.