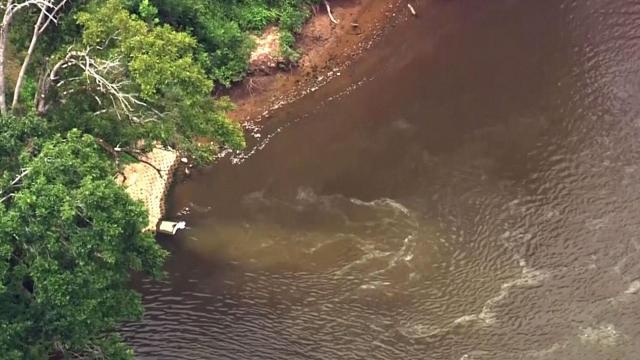 The measure, which passed 27-13 mostly along party lines, moves to the House next week.

The House last month approved its own funding package to address GenX and other so-called emerging contaminants, but Senate leaders blasted it as do-nothing legislation.

"What the House passed today unfortunately does nothing to prevent GenX from going into the water supply," Senate President Pro Tem Phil Berger said in a statement at the time. "It leaves North Carolina taxpayers holding the bag for expenditures that should be paid for by the company responsible for the pollution, fails to give [the Department of Environmental Quality] authority to do anything they can’t already do and authorizes the purchase of expensive equipment that the state can already access for free."

Other than directing DEQ not buy its own high-resolution mass spectrometer to analyze water for chemicals – the agency was told instead to use equipment already owned by universities across the state – the Senate proposal doesn't appear to accomplish any of Berger's objectives, however.

Sen. Angela Bryant, D-Nash, even called the measure "bait and switch," saying it looks like it accomplishes something but doesn't really.

The legislation appropriates $2.4 million in one-time funds for DEQ to clear a backlog in reviewing and approving wastewater discharge permits and study possible air emissions of GenX. It also targets $1 million a year in already-budgeted money at the North Carolina Policy Collaboratory at the University of North Carolina at Chapel Hill for the group's work on GenX and related chemicals.

Jeffrey Warren, a former science adviser to Berger, R-Rockingham, is the group's research director, and the collaboratory would work with the state Department of Health and Human Services and others to develop thresholds on how much GenX and similar chemicals in the state's waterways can be considered safe.

GenX, an unregulated chemical used in the production of Teflon and other materials, has been found in the Cape Fear River, which provides drinking water to Wilmington and surrounding areas, and in private wells near a Bladen County plant that produces the chemical.

The state has set a health goal for GenX at 140 parts per trillion, a miniscule amount considered to be safe for a baby to ingest. But the substance has not been fully studied, and its precursor chemicals are considered carcinogens, which triggered a multi-hundred-million-dollar payout in a lawsuit out of West Virginia.

Municipal water supplies have been declared safe by both state and local officials, but Chemours, which runs the Bladen County plant, has been ordered to purchase bottled water for dozens of well users.

The Senate's bill also orders DEQ to cooperate with an audit by the U.S. Environmental Protection Agency and calls for a multi-level study of DEQ's permitting system, with particular attention to how the state handles, and should handle, emerging contaminants.