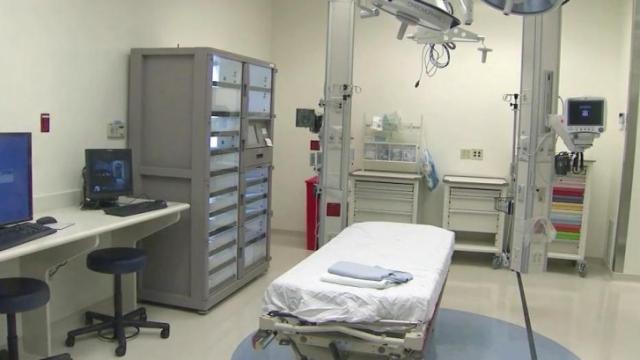 Raleigh, N.C. — North Carolina would create a new department to run its health insurance program for the poor and disabled under a bill the Senate Health Care Committee rolled out Thursday.

The measure represents the latest ante in a long-running disagreement between leaders in the Senate, the House and Gov. Pat McCrory's administration about how best to run the state's $20 billion Medicaid program. According to its authors, the reworked bill is an effort to bridge those differences.

"There have been a lot of agreements and back-and-forth with the House members and others, and I feel like we're in a very good place with that," Sen. Ralph Hise, R-Mitchell, said Thursday.

Even running House Bill 372 as a separate measure represents something of a nod toward the desires of House members. Senators had wanted to include the Medicaid reform plan as part of the state budget, but Medicaid was one of a number of complex policy items that has slowed down budget negotiations, which are already five weeks late in producing a spending plan for the fiscal year that began July 1.

Broadly speaking, members of the Senate and the House and McCrory all want to move away from the current fee-for-service model in which doctors are paid for each procedure they perform and toward a system known as "capitation." Under capitation, a health care provider is paid a flat fee for each patient it manages. Companies make money by keeping patients healthy and controlling costs of care when a patient gets sick.

Making such a change, say proponents, would control the state's spending by placing more of the risk for rising health care costs on private-sector companies. Despite ending the fiscal year with a $130 million cash surplus this summer, the state's Medicaid program is still a growing part of the state's budget and historically has surprised lawmakers with unexpected cost overruns.

The disagreements have come over how exactly this managed care system would work, who would run it and how quickly the state would make the shift.

"We have more work to do," House Budget Chairman Rep. Nelson Dollar, R-Wake, said of the Medicaid bill, adding that the Senate's measure represents "progress" but not something House lawmakers would necessarily embrace.

McCrory's office did not have a comment on the bill, but he has taken issue with prior Senate versions of the measure. In particular, McCrory has said efforts to appoint an independent board to run the Medicaid system trampled on his constitutional powers. The issue is part of a lawsuit pending before the state Supreme Court.

The new Senate bill creates a new department but allows the governor to appoint its director. However, that director would be subject to confirmation by the General Assembly and would have broad authority to sign contracts, adjust salaries and control costs that would be beyond the purview of a typical cabinet secretary.

Another fundamental disagreement between the House and the Senate has been whether to allow large, national managed care companies to oversee patient care or to create North Carolina-based "provider-led entities" to manage patient costs, not unlike homegrown insurance companies. The new companies, known as PLEs, would be run by doctors, hospitals and other providers.

The latest draft of the Medicaid bill creates roles for both, carving out three slots for managed care organizations, which would be able to enroll patients across the state, and up to 12 slots for PLEs, which would serve patients in different regions.The state would be carved up into either five, six, seven or eight regions by the new Medicaid department.

This hybrid approach pleased a group of large insurers calling itself the N.C. Medicaid Choice Coalition, whose members would have been shut out of the state by House versions of the bill that relied entirely on PLEs.

A hybrid approach, Hise said, would guard against problems seen in states such as Florida, where managed care companies demanded increases to the rates paid by the state soon after taking over the system.

Two features of the state's current system fare much differently under the Senate plan.

Local mental health agencies, known as LME-MCOs, that were forged from old county mental health departments would continue to function for at least five years under the bill. But the measure would end the state's contract with Community Care of North Carolina, a nonprofit that provides case management services to Medicaid patients, making sure they get to appointments and take their medication. Instead, Hise said, the state would take the money previously spent on CCNC and raise the rates paid to primary care doctors.

The bill is scheduled to go before the Senate's budget committee Monday afternoon.