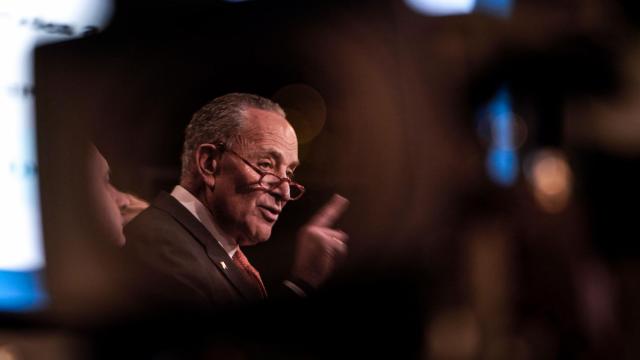 Earlier in the afternoon, GOP Sen. Ron Johnson of Wisconsin objected to a prior effort to pass the bill via unanimous consent, blocking approval. But Johnson agreed to let the bill pass after getting a letter entered into the record clarifying the authorization period.

The bill, which passed the House last week, gives business owners more flexibility and time to use loan money and still get it forgiven as part of the Paycheck Protection Program, set up to help struggling small businesses with emergency loans during the pandemic.

"We can't wait any longer. Businesses are really suffering for lack of these changes," Senate Minority Leader Chuck Schumer said earlier in the day on the Senate floor, adding, "We must get this done. Businesses are going under every day."

The vote in the House approving the legislation was nearly unanimous at 417-1. Republican Rep. Thomas Massie of Kentucky was the sole member to vote against the bill.

The legislation -- titled the Paycheck Protection Program Flexibility Act -- was introduced by Republican Rep. Chip Roy of Texas and Democratic Rep. Dean Phillips of Minnesota. It is intended to make loans more accessible under the program by making its terms of use more flexible.

The legislation would give small businesses more time to use emergency loans under the program by extending the eight-week period in which they must use the money to qualify for loan forgiveness to 24 weeks.

The bill would also give small businesses more flexibility by changing the so-called 75/25 rule, which requires recipients of funds under the program to use three-quarters of the money for payroll costs and to limit other costs to no more than 25% in order to be eligible for loan forgiveness. The new ratio would be at least 60% on payroll and no more than 40% on other costs.

The Paycheck Protection Program was set up as part of an earlier relief plan known as the CARES Act.

The program's rollout has been hampered by technical issues and glitches, but small business owners have clamored for the aid and the program's funding has already been replenished once by lawmakers after it ran dry.

The push for bipartisan fixes to the program comes as business owners have complained that the terms of use are overly restrictive and do not offer enough flexibility amid the crisis.