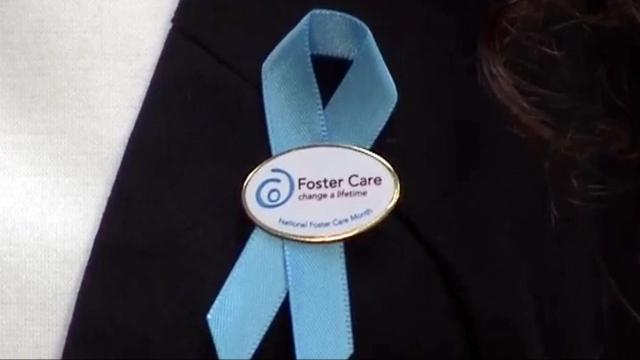 Raleigh, N.C. — The state Senate voted Monday night to approve changes to the state's child welfare and foster care system, but the major system overhaul originally proposed has been scaled back for now.

The first section of House Bill 630 requires child welfare caseworkers to take additional steps before returning a child to a home with a neglectful or abusive parent. It's named "Rylan's Law" after Rylan Ott, a Moore County toddler who wandered away from his home and drowned in a nearby pond after having been returned to a mother who was suspected of neglect.

"The trial placement was a recipe for disaster," Barringer told the Senate on Monday.

The child was returned to his parent without any caseworker ever observing how he and his mother interacted. Under current law, that's not required. Under Rylan's Law, it would be.

"Sadly, this is not the only time this occurs," Barringer said. "This has occurred countless times over the past 10 years in North Carolina."

The second section of the measure, added to the House bill, sets up a social services workgroup to recommend changes to the child welfare system across the state. Barringer, herself a foster parent, said each county's system is separate, and data often doesn't accompany a child when the family moves to a new county, allowing children to fall through the cracks.

Two studies of the state's child welfare system found it failed in all 14 areas measured, even safety.

Initially, Barringer had proposed requiring the regionalization of child welfare services, but county child welfare departments and commissioners objected to the mandate. They and others will be part of the stakeholders' workgroup, studying the issue of system-wide reforms and making recommendations for state lawmakers to consider in 2019.

"This bill provides a pathway for us to develop, as a state, high standards for all children and families across the state, no matter what county the family of that child lives in," Barringer said.

"In no way does this require regionalization of counties. There’s no foregone conclusion," she said. "This does give me the opportunity to argue vigorously for a good data system."

The proposal passed 47-0 with little debate and was sent back to the House for final approval.