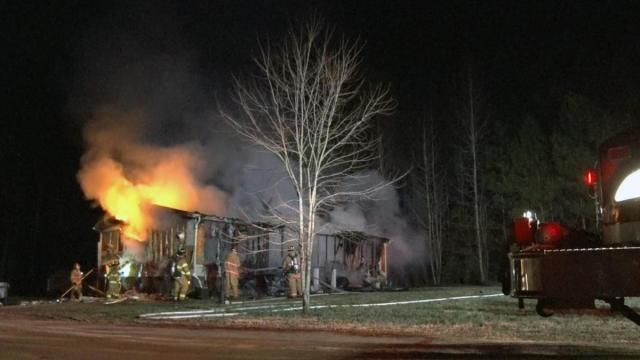 Selma, N.C. — Three dogs and two cats were killed early Friday morning when a mobile home was destroyed by a fire.

The double-wide mobile home at 370 Branch Chapel Road in Selma was owned by one of the parents of the three men who lived there. Another parent said the three roommates went to the movies, came home and found the house on fire.

Three fire departments battled the fire, which was reported around midnight. The fire marshal will be investigating the fire in the daylight.