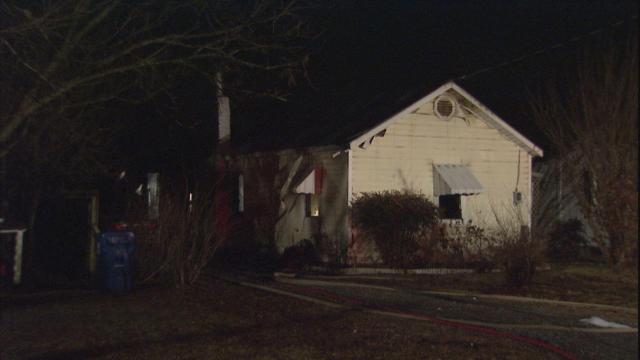 Selma, N.C. — Two men were sent to the North Carolina Jaycees Burn Center at UNC Hospitals in Chapel Hill after they were injured in a house fire in Selma that started around midnight Sunday.

The men escaped from the house at 303 Godwin St. before firefighters arrived and were able to walk to the ambulance, Selma Fire Chief Phillip McDaniel said.

An update on their condition wasn't available early Monday.

McDaniel said that 75 percent of the house was damaged, and the back of it was gutted.

The cause of the fire is still under investigation, but fire investigators do not believe it was suspicious, he said.