Seeking Safety: With a history of tensions between police and minorities, Minneapolis is building community trust 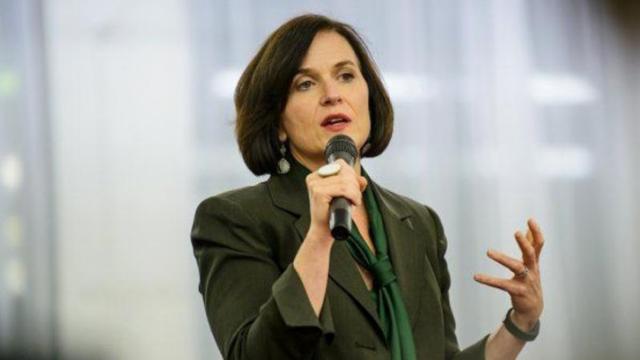 By Greg Barnes, The Fayetteville Observer

Minneapolis — Tensions between police and residents in Minneapolis' poorest neighborhoods appear to be much more frayed than they are in Fayetteville.

On Sept. 18, Minneapolis Police Chief Janee Harteau abruptly canceled plans to attend a listening session in one of those neighborhoods.

Harteau released a statement afterward explaining that she skipped the forum because of credible threats of "planned physical disruptions."

Her decision and her statement touched off a firestorm of protest at a time when violence was running high in the city.

A headline in a city newspaper aimed at a minority audience blared: "Harteau Snubs Black Community."

Harteau later apologized for missing the forum and for the language she used to describe her decision.

She and Mayor Betsy Hodges attended the next forum, on Oct. 8. So did a reporter and a photographer for The Fayetteville Observer.

Earlier that day, Hodges responded to a letter from community leaders with an eight-page letter of her own. In it, Hodges acknowledged that while almost all Minneapolis police officers behave appropriately, a few don't.

"Some officers abuse the trust that is afforded to them and take advantage of their roles to do harm rather than prevent it," Hodges wrote. "When left unchecked, their behavior fosters a culture inside the department that gives a shove downward to police and community relationships."

Hodges wrote that history and culture in Minneapolis has made the goal of community safety hard to reach.

"If part of our community does not feel safe calling the police, if people do not report a crime or come forward as witnesses because they do not feel safe in relationship with the police, then nowhere in our city, and none of us, is safe," she wrote.

Hodges outlined steps being taken to rectify the problems in the Police Department and the relationship between police and residents.

Those include the planned use of body cameras by officers, increased funding for community-policing efforts, better police training, quarterly progress reports and a more diverse police force.

They also include a nine-month review of police practices and procedures by the Department of Justice.

Fayetteville announced last week that the Department of Justice is conducting a similar review here, specifically related to use of force. Fayetteville officials believe the review and the actions that follow it will help build trust between officers and residents.

Both the Minneapolis review and the Fayetteville review are being conducted by the Office of Justice Programs Diagnostic Center.

In a memo dated Monday on the center's website, Fayetteville Police Chief Harold Medlock outlined a controversy that began here in 2009 involving the disproportionate number of black drivers being stopped in their vehicles and consenting to searches.

"Trust was nonexistent between the FPD (Fayetteville Police Department) and many in the African-American community; both groups were unable or unwilling to reach a common understanding or relationship," Medlock wrote. "Crime was increasing and trust in the police was decreasing. This toxic mix impacted the FPD's ability to prevent or reduce crime. It was a lose-lose situation, and something needed to change."

Medlock wrote that the changes he has initiated since becoming chief in February 2013 have enhanced community policing and eased tensions. But, he said, the department needs an outside assessment.

The Department of Justice on Tuesday formally announced the review, even though it began some time ago.

Medlock said the review has helped to build relationships.

"We - as a community - are once again investing in one another," he wrote. "Our social ties are rebuilding our common goal of a safe community. We are having open conversations about FPD expectations and deficiencies through the Diagnostic Center's information sharing and analysis. It is a slow process, but we are regaining one another's trust."

Minneapolis seems to be much further behind.

At the Oct. 8 forum, people who spoke were polite but forceful.

"We talk a lot of talk, but we never get things done," said Betty Ellison, a retired educator. "We have been doing this since I've been here, and I've been here since 1978."

Niceque Mabrey said she could not imagine calling police about a crime suspect, "because that's somebody's kid" who lives in the neighborhood. She questioned whether police would treat the youth fairly.

Another woman, Lena Slaughter, said the city is losing its streets to young people.

"It is so scary. I'm afraid to drive over to North (Minneapolis)," she said. "It's just like the police ride by and just do nothing. We should not be scared."

Harteau acknowledged the continued distrust of police and vowed to make improvements.

"We don't like what happened in the past," she said. "We've acknowledged that we are not where we want to be."

This article is reposted with permission of the The Fayetteville Observer, a media partner with WRAL News. Observer staff writer Greg Barnes can be reached at barnesg@fayobserver.com or 486-3525.