Secrets to Buying the Perfect Diamond 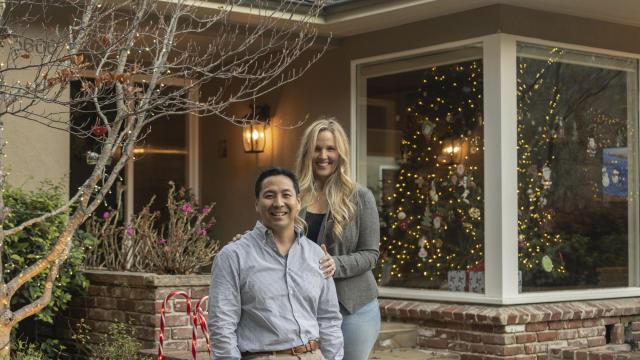 Tom Taira, a co-founder of the auto website TrueCar, was in the market for a new diamond for his wife, Stephanie. He wanted to replace the one he had given her for their engagement 10 years earlier with the diamond and setting that he wished he could have afforded then.

But finding a 2.8-carat emerald-cut diamond that would fit the new setting was not easy, and he certainly did not want to overpay. The price would be $35,000 for just the stone.

Taira is not alone in his search. This is a popular time of year to buy a diamond for a holiday gift or an engagement ring. But the gemstone has become increasingly expensive.

Demand for diamond jewelry throughout the world hit $82 billion in 2017, a record for the industry, according to the Diamond Producers Association, a trade group. Since 2005, when diamond production peaked, the number of diamonds being mined has been shrinking, which has allowed sellers to raise prices.

“We basically found every diamond we could geologically,” said J. Grant Mobley, a diamond expert and trade lead for the Diamond Producers Association. “There are no new deposits, so prices are going to go up. But demand is going up, since China and India are becoming much more important to diamond jewelry.”

But what’s good for the diamond industry can produce anxiety for the consumer. And the gems are always a tough purchase because most people buy a diamond only a few times in their lives, if not just once.

Ryan Fennerty, an enterprise account director at General Assembly, the coding boot camp, had pocketbook concerns when he began shopping for an engagement ring for his girlfriend, Alisa. He wanted the best diamond his budget would allow. She had already picked out the setting, so it was up to him to find the stone that would fit.

“My thought process was you needed an uncle who knew someone and that’s how you got a diamond,” Fennerty said. His uncle didn’t have a guy.

So he began doing research and found that odd-size stones — say 1.47 carats, not the complete 1.5 carats — cost a bit less and fit into the ring setting and his budget of about $15,000. But he acknowledged that he was out of his depth when it came to knowing why similar stones were priced so differently.

Despite different budgets, Taira and Fennerty shared a trait: fear of getting ripped off in the notoriously opaque diamond market. Both turned to Rare Carat, a 2-year-old website that uses an algorithm to value diamonds based on their qualities — size, cut or clarity, for example.

The site has also recently added a tool that finds the best price for a particular diamond, because diamonds from one supplier can be offered across multiple retailers at vastly different prices.

“Consumers are walking into stores blank,” said Apeksha Kothari, chief operating officer of Rare Carat, which aims to be the diamond version of Kelley Blue Book. “We want to empower our customer with information. They know so little about what they’re buying.” Like the travel site Kayak, Rare Carat is paid on a per-click basis; it does not make money off the final sale of a diamond.

Two separate reports confirmed that buyers should be anxious when it comes to the price they are paying for a diamond. That exact diamond can often be found somewhere else for less.

Katja Seim, professor of business economics and public policy at the Wharton School at the University of Pennsylvania, used the Gemological Institute of America certificate number on diamonds to search for price differences on the three leading online retailers — Blue Nile, James Allen and Brilliant Earth. Her research found that on average the price for the same diamond can be 12 to 21 percent higher on those platforms than at smaller retailers.

“With the advent of the internet, people thought this would be a much more equal marketplace, since you could figure out the cheapest one and go shop from there,” Seim said. “But with big purchases, people might be willing to pay more to shop at Blue Nile because the consumer likes the site.”

In a separate report, the consulting firm KPMG found similar results: The price difference was 12 to 20 percent for the same diamond on these three sites.

Kothari of Rare Carat, which paid for the two reports but was not involved in the research, said multiple retailers trying to sell the same diamond was just as common in brick-and-mortar stores. Given how expensive and varied diamonds are, it would be hard for one retailer to stock a whole array of them.

“It’s a bit of a secret in the industry that the retailers themselves don’t really hold inventory,” she said.

But those multiple listings give buyers an advantage, if they know how to exploit it.

Conner Doyle, the director of business operations at Coronis Health in Novi, Michigan, searched online and in stores assiduously for an engagement diamond, for which he had budgeted $15,000.

His persistence caused one jeweler in Detroit to stop working with him. “I wanted to see 500 different diamonds and go through them,” he said. “That wasn’t an option at a store.”

He began researching diamonds online, and went down a rabbit hole. The deeper he went, the more he saw significant differences in price for the same diamond. Then he figured out how to compare them.

“I could find a diamond, grab that GIA number and find all the retailers selling it,” he said. “There would be four or five retailers all selling it for a different price. It could be a $2,000 difference.”

And it’s also not like shopping for shoes on Zappos. “You don’t buy four pairs and see which one you like,” he said. “Even though the sites have good return policies, you’re tying up a lot of money.”

He was gratified when the diamond was appraised for $19,500. But for him, the true test will be when he proposes to his girlfriend in a few weeks.

Mobley from the Diamond Producers Association took a more nuanced view of the price difference. Diamonds, he said, are not dependable, presentable cars that will get you safely where you’re going. Diamonds are imbued with the emotion of the moment when they are given. Their value is physical, emotional and, over time, sentimental.

Quantifying that, Mobley said, does not always come down to which store has the cheapest gem. “It’s the total experience,” he said. “If you go to a jeweler with a great reputation and you pay $300 more, it’s all about that lifetime of service. You have to take that into account.” Taira’s search was more about paying the right price for the diamond he wanted. Complicating the effort, he was looking for a larger diamond in a perfect condition. The price difference could be as much as $4,000 among various retailers.

In the end, he saw the same diamond from two retailers and bought it from the one that offered it for about $1,000 less.

“There wasn’t a standard markup,” he said. “One retailer could be lowest in one instance and highest in another case.”

For Fennerty, the price matching and diamond comparison tools gave him peace of mind. After months of research using the Rare Carat tools, he ended up turning to a more traditional outlet: New York’s diamond district.

“Normally, I’d want to run from the diamond district,” he said. “But I had all the data, and they were just physically there as the facilitators of the transaction. It was actually a pleasant experience.”