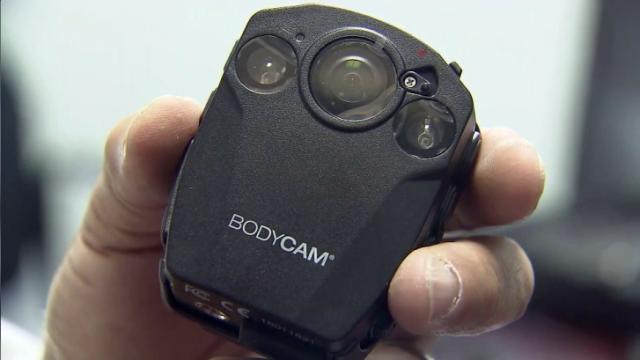 Editor's note: In honor of Sunshine Week, WRAL News asked Jonathan Jones, director of the North Carolina Open Government Coalition, to share his list of the top open government stories from the past year and the top stories he's watching this year.

As we close out Sunshine Week, it is a good time to reflect on open government developments of the last year as well as issues that are on the horizon. The North Carolina Open Government Coalition keeps track of developments in the law and disputes that arise between people seeking information and the governments that hold it. We also celebrate governments that get transparency right.

1) Transparency at the University of North Carolina at Chapel Hill

In October, the University of North Carolina at Chapel Hill released the results of its third investigation into improprieties in academics related to student athletes. This one was conducted by former federal prosecutor Kenneth Wainstein. The Wainstein report was the first major step toward transparency in a four-year saga. It revealed far more information than any of the previous investigations and provided the public insight into how improprieties came to exist in the AFAM Department. But the university’s response to additional requests generated once the public and the press had a chance to read the report has been disheartening. Media outlets should not have been forced to sue to get access to the names of employees disciplined in the wake of the report, as that information is clearly public under the personnel act. To settle the lawsuit, the university agreed to name the employees it fired. This was the third public records lawsuit filed against the university in four years.

In September, The Charlotte Observer revealed that Charlotte-Mecklenburg police used a cellphone tracking device, known as a StingRay, for more than a decade. The device mimics a cellphone tower and captures data from all the cellphones in the area that would normally be transmitted to the telephone company. It can be used to track the physical location of a suspect. In order to use one, the police need to get a warrant from a judge authorizing its use.

The Observer reported that the CMPD routinely asked superior court judges to authorize the device’s use. Senior Resident Superior Court Judge Richard Boner told the newspaper that the practice in the first few years was to give the signed search warrants back to the officers instead of having a copy filed in the clerk’s office. At some point the practice shifted to the records being kept in a locked filing cabinet in the clerk’s office. The existence of the warrants, or the use of the device, wasn’t disclosed to any of the criminal defendants who were tracked or to the prosecutors handling their cases. After media outlets in Charlotte joined together to file a petition, Boner ordered warrants connected to closed cases unsealed.

The Raleigh and Durham police departments also have StingRay devices.

In a major victory for transparency, the N.C. Court of Appeals decided on the last day of the year that settlement agreements of government agencies are public records. The Public Records Act states that when a government agency settles a lawsuit, it can only be withheld if it is sealed by a judge or if it is a medical malpractice lawsuit against a public hospital. The law also sets parameters a judge must follow in order to seal a settlement.

Because the specific language in the statute refers to actions “initiated against” government agencies, Carolinas Healthcare Systems refused to fulfill a public records request for a settlement it reached in a lawsuit the hospital filed against Wachovia. Charlotte Attorney Gary Jackson sued the hospital for access. In December the Court of Appeals published a strong opinion in favor of openness that makes it clear that settlement agreements are public records whether the government agency is the defendant or the plaintiff in a lawsuit.

Imagine that a police officer is forced to make a split-second decision on whether or not a person is trying to hurt him. The officer sees what he believes to be a gun and opens fire to save his own life. Questions immediately arise in the community about whether his action was justified. The scenario is not hard to believe as several stories of officer-involved shootings have made national news in the last year.

What if the whole scenario was caught on camera, and the video showed that any reasonable officer would have done the same thing? Should the public be able to see that video? Some police departments in North Carolina are saying no.

Law enforcement agencies across the country are rapidly adopting body-worn cameras as a tool for evidence collection and accountability. Unlike a dashboard camera, the body camera travels with the officer as he or she moves around. They have already proven incredibly valuable for evaluating situations where an officer is confronted by an armed citizen and must decide whether lethal force is necessary.

But how should we treat the videos once they are collected? North Carolina’s Public Records Act has an exemption for investigative records of law enforcement, and our courts have interpreted that exemption broadly to include closed case files. If a record can be categorized as created for a police investigation, the department has the ability to withhold it.The department also has the ability to release it. Much of what is collected by these cameras would fall into this exemption.

Greensboro was the first large police force in the state to adopt body cameras. When the department drafted an administrative policy for their use, it declared the videos to be for personnel purposes. If an allegation of impropriety was made against an officer, the video would be used to help determine if the officer should face administrative punishment, such as firing, demotion or suspension. It seems reasonable that a video would be used that way, but is that the reason it was created? By declaring it a personnel file, the city has moved the record into a category that takes away discretion to release the video. The law only allows limited information in a personnel record to be released without consent of the employee.

For that reason, Greensboro has declined to release video from two officer-involved shootings that occurred in 2014. In one instance an officer shot and killed a woman who was coming toward him, armed with a knife, and yelling in a language he did not speak. In another instance, an officer responding to a shootout engaged in the gunfight, wounding one man. In both cases the department said the video was instrumental in clearing the officers of any wrongdoing. But the police will only release the videos if the individual officers agree. Neither have.

A recent Elon Poll found that the public is overwhelmingly, 90 percent, in favor of police using body cameras. It also found a significant majority, 63 percent, believe the videos should be available for public inspection. That’s not surprising. One of the reasons body-worn cameras are touted as a benefit to society is that they are meant to increase accountability. Without public release of the videos, accountability is lost.

In other states, with similar personnel privacy protections for government employees, the videos are not considered part of the officers’ files and are being released. Several cities in North Carolina have followed Greensboro’s lead and classified the videos as personnel records.

The N.C. Supreme Court heard arguments last month in a public records case called LexisNexis Risk Data Management v. Administrative Office of the Courts. This case is about who owns the database used by the clerks of superior court in all 100 North Carolina counties and how access to that database should be provided. The clerks – as well as district attorneys, judicial officials and public defenders – all across the state use the same Automated Criminal Infractions System (ACIS) to access basic information about criminal court files. The clerks are responsible for adding information to the database. And anyone who has visited a courthouse to learn about a criminal case knows the system is not easy to use without training.

LexisNexis maintains extensive databases for its customers, who include lawyers, journalists, and academics, on public records, court cases and publications. The information in ACIS can be used to provide a statewide criminal background check, and LexisNexis wants to be able to include that in its records.

There are two basic legal questions at the center of the case. The first is which government agencies own the database, and are therefore the right parties to provide access. The second is whether or not a separate law from the Public Records Act that allows the Administrative Office of the Courts to charge for remote access to electronic databases overrides the requirements in the records law that access be provided at low or no cost.

In court filings, the Administrative Office of the Courts argued that it is not the “custodian” – a key phrase in the records law – of the database. Instead it contends that each individual clerk of superior court is the custodian of the information related to his or her county. LexisNexis argued that the database is a new, separate public record from what is maintained in the county courthouses, and that AOC, which provides the administrative support for the system, is the custodian.

The court system has also argued that a separate provision of law that allows it to charge for remote access should govern this case. The courts have contracts with several companies that provide such services as background checks. LexisNexis argues that the records law governs the case, which would prevent the AOC from charging those additional fees.

This is an important case in part because it is the first time the Supreme Court is being asked to interpret sections of the records law involving electronic databases. Those were included in the law 20 years ago. It also has potential to further define who the custodian of a public record is.

The North Carolina Open Meetings Law allows public bodies to go into closed session in limited circumstances to discuss specific problems. The most commonly used provisions are so that boards and councils can receive legal advice from their attorneys, to make land purchases, discuss economic incentives and for personnel matters. When a board goes into closed session the law requires it to keep detailed records “so that a person not in attendance would have a reasonable understanding of what transpired.” Those records, which are much more complete than typical meeting minutes, are subject to the Public Records Act. Yet, the Open Meetings Law allows board to withhold those records “so long as inspection would frustrate the purpose of a closed session.”

As the Carolina Public Press recently reported after doing an investigation of closed sessions in the western part of the state, there is not a lot of uniformity from one government agency to the next in how they handle records of closed sessions.

Clarity may come later this year when the N.C. Court of Appeals decides a case that asks whether records of a closed session of the Alamance-Burlington School System Board of Education should be released. The Times-News of Burlington sued after it received redacted records of closed sessions from the spring of 2014 when the school board reached a closed door agreement with Superintendent Lillie Cox that she would resign and take a $200,000 severance package with her. The board has not publicly explained its decision. The Court of Appeals is scheduled to hear arguments in the case April 6.