Raleigh, N.C. — It's a Christmas tradition for many families: Taking on the role of Secret Santa or a Christmas Angel.

People come into stores like the Kmart in Six Forks and pay off some or all of a family's holiday layaway.

Jimmy Sidney is the store's general manager and says it happens every year.

After someone offers to help, Sidney starts making moves. 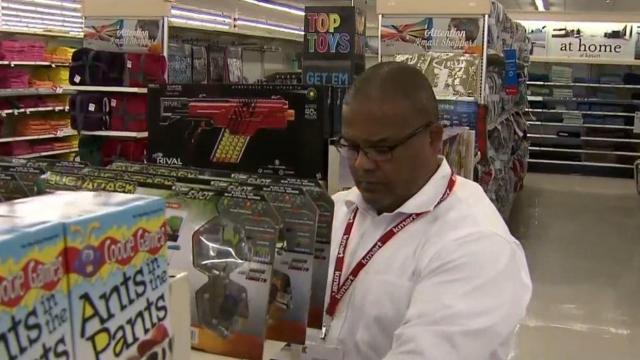 The store has one stipulation: strangers may only pay off children's toys and clothes.

"It happens every day. This holiday season we've had up to 30 people that have already come in and paid on layaways," he said. "And we've already had about 34 today."

Customers choose to pay off one person's layaway or spread the money around.

"We have to take the time to go in and figure out which layaways have strictly clothes and toys for kids, no adult merchandise," he said.

Sidney said calling those on the receiving end is his favorite part.

"Yesterday I had someone come in and pay 11 different layaways. She spent over $700," he said.

When they receive the call, some reactions are emotional.

"We called 11 people that got their layaways paid off. Three or four of those people literally cried over the phone," he said.

While it isn't something new, Sidney says he hopes it stays a holiday tradition.

"It's definitely making a difference in people's life knowing someone they didn't know wanted to come in and make a difference on their layaway for their kid's holiday."

Many stores allow people to pay off layaways until late Christmas Eve.