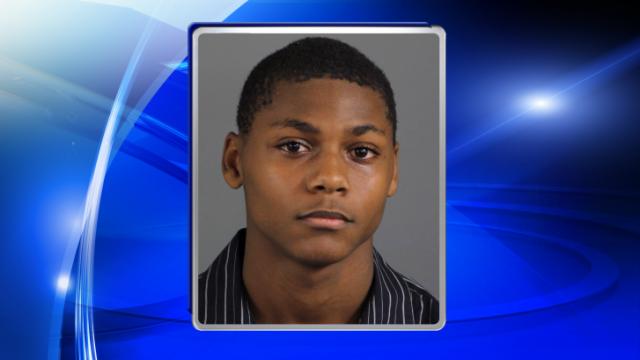 Raleigh, N.C. — A teenager charged in the beating death of a homeless man found dead along a Raleigh running trail two years ago could be out of prison by the end of the year after a guilty plea Wednesday.

Initially charged with first-degree murder, Tereise Massenburg, 17, pleaded guilty to accessory to robbery with a dangerous weapon in the death of Regynald Jose Brown.

A Superior Court judge sentenced Massenburg to 20 to 33 months in prison, with credit for time served.

Friends found Brown, 37, in a trash can inside a drainage tunnel along the Walnut Creek Trail near Hammond Road. He hadn't been seen for more than a month and had been reported missing two weeks earlier.

Massenburg was one of five teenagers arrested in the case and one of two who pleaded guilty Wednesday to reduced charges.

Raheem Hall, 16, was sentenced to 18 years in prison after pleading guilty to second-degree murder and robbery with a dangerous weapon.

Last week, Angel Sean Muniz, 17, was sentenced to life in prison with the possibility of parole after pleading guilty to first-degree murder.

Wake County prosecutors say Brown was a target of the teens who robbed homeless men on the greenway to raise their street credibility.

Brown was kicked and punched until he was unconscious, and the teens tossed his body into the woods nearby. Muniz picked up a large rock and hit him in the head with it three times.

They returned several days later to conceal Brown's body in a trash can.

Two other suspects remain charged in the case – a boy who was 13 years old at the time and Tyrell Hamilton, who was charged with second-degree murder.

Both are expected to enter pleas Monday.