Durham County, N.C. — Durham police have identified a second suspect who is wanted in connection with the kidnapping and robbery of a man nearly two weeks ago.

Weaver was seen on surveillance camera footage captured at a convenience store where Antonio Cornejo, 22, was robbed on June 14. Cornejo filed a complaint with police after the incident in which his truck was stolen along with a cell phone, an iPad and jewelry.

He said the incident was the most terrifying few hours of his life, a crime that occurred on his birthday. 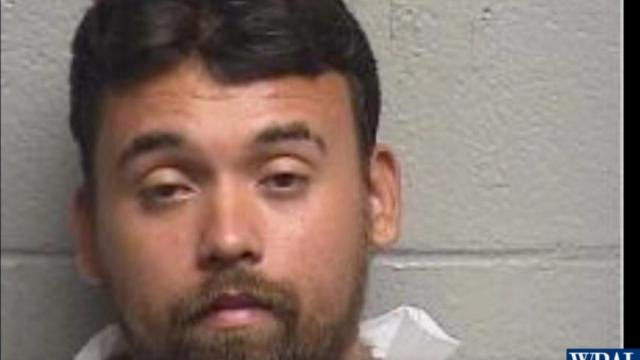 He said he is still shaken by the incident.

"I took some medicine just to calm myself down," he said.

Cornejo said he was pumping gas at a Cruizers gas station, located in the 2700 block of Guess Road, around 1 a.m. He said he was approached by two men with a gun who demanded that he get back into his 2015 Toyota Tacoma truck and forced him to drive to three different ATMs in an attempt to get him to withdraw cash.

Cornejo escaped by running away while the two suspects drove off in his truck. During the incident, Cornejo said the the suspects fired a shot at him, but he was not injured.

"I was sexually touched and violated," Cornejo said.

He said his DACA papers, which allow him to work in the United States, were also stolen.

"I'm very fearful that my life is not granted here in America," Cornejo said.

The truck was recovered on June 20 in the parking lot of Bull City Market, in the 800 block of Broad Street, after a disturbance was reported in the area.

During that incident, police arrested Jesus Mendoza, 31, of Durham, and charged him with robbery with a dangerous weapon, possession of a stolen vehicle, and second-degree kidnapping in connection with the attack on Cordero. He was taken to the Durham County Jail, where he was being held on a $544,000 bond.

Police have not publicly disclosed any information about the possible whereabouts of the second unidentified suspect although they have released a surveillance photo of the man. He is described as a male with reddish hair. He was wearing an off-white shirt with stripes on it and white pants.

"I think its something that's always going to be there, but I want to use this as a drive to push for the things I want in life," Cornejo said.