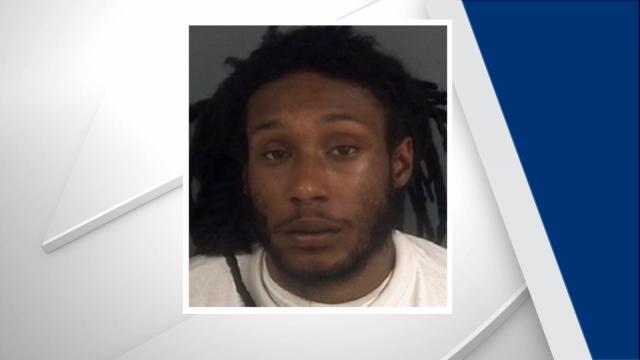 Fayetteville, N.C. — A 27-year-old man who was wanted in connection with the weekend fatal shooting of a driver who then crashed into a Fayetteville home turned himself in to Fayetteville authorities on Tuesday.

Fayetteville police said Demonte Deon Jones, of the 6400 block of Raeford Road, turned himself in at the Cumberland County Detention Center at about 12 p.m. He is charged with first-degree murder and felony conspiracy in connection with the Saturday night incident.

According to police, Jones and Brian Lamar Martin Jr., 20, of the 200 block of Bahia Lane in Raeford, shot 26-year-old Rakeem McGoogan on Strickland Bridge Road. When officers arrived, they found that McGoogan’s car had slammed into a home near Applecross Avenue.

McGoogan was taken to Cape Fear Valley Medical Center, where he died.

On Monday, police arrested Martin in Raeford. They later located Jones in the passenger seat of a 2009 Toyota Venza near Fisher road and Strickland Bridge Road.

Fayetteville police attempted to stop the Toyota, which police said had been stolen from Cumberland County in January. The driver of the vehicle, identified as Joseph Matthew Jackson, 25, of the 3300 block of Dandelion Lane, then fled and continued to drive erratically, striking a vehicle at the intersection of Raeford Road and Skibo Road.

Police said they lost sight of the Toyota near Owen Drive and Cumberland Road but were able to later locate it in the area of Dandelion Lane and Dragonfly Drive. Jackson was located near the vehicle and taken into custody.