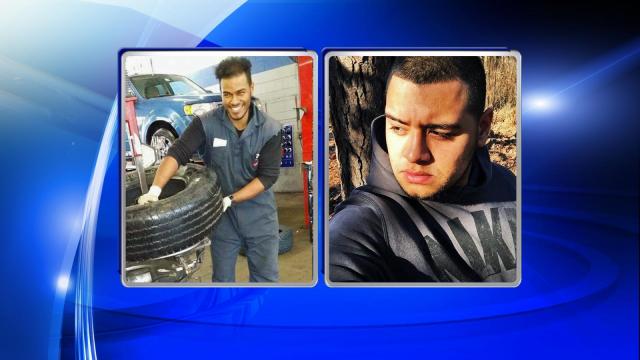 Raleigh, N.C. — Search warrants released Thursday in the case of two men found dead in a Raleigh parking lot indicate that police believe the men were victims of an arranged meeting that turned violent.

Reyes Diaz, 24, of Raleigh, and Allan Uriel Rodriguez, 25, of Wendell, were found dead in a car near the Panera Bread on Glenwood Avenue on March 10.

According to the warrants, one of the men was sitting on an iPhone at the time of his death, and investigators believe it will yield clues as to why he was there, who he was scheduled to meet and why.

"Evidence suggested that this incident was the result of a narcotic-related robbery," detectives wrote in asking to search the phone and a car believed to have been used as a getaway car.

Police have charged two men, Denzel Rashad Dancy, 18, of Goldsboro, and Daekwon Javon Ragland, 20, of Raleigh, with murder, but, according to the warrant, data on the phone may implicate others.