Raleigh, N.C. — Raleigh police have charged a second person in connection with a video that surfaced last week on Facebook of a 16-month-old child smoking marijuana, authorities said.

Allan Gylmar Maldonado, 18, is charged with two counts of contributing to the delinquency of a minor and two counts of simple possession of marijuana. 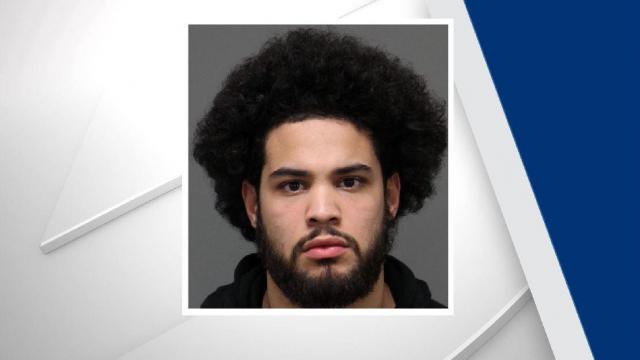 He was being held at the Wake County jail under a $5,000 bond and was ordered to have no contact with the child.

Possible sentences include 120 days in jail on the delinquency charges or 20 days on each drug charge.

Maldonado asked the have the bond lowered because he faces charges of driving with a revoked license in Johnston County.

He told the judge he is not the father of the baby and would like a paternity test. The judge said whether he is the child's biological father has nothing to do with the criminal case.

His next court appearance is scheduled for April 18.

Police had arrested and charged the child's mother, 20-year-old Brianna Ashanti Lofton, last Wednesday with two counts of felony child abuse, contributing to the delinquency of a minor and possession of marijuana.

A Wake County judge set a $100,000 secured bond for Lofton and ordered her to have no contact with the child. Lofton bonded out of jail.

Warrants obtained by WRAL News confirm the child was smoking marijuana and state the incident happened around December or January.

The video was widely shared, with comments admonishing the mother and urging law enforcement to get involved.